An Italian Senate committee has recommended that former prime minister Silvio Berlusconi be expelled from parliament following his conviction for tax fraud, in a move expected to pave the way for a final decision this month that could seal his political fate. 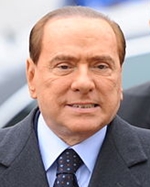 The recommendation to expel the man who had dominated Italian politics for the past two decades came from a cross-party committee of 23 senators dominated by the centre-right leader's political opponents.

It would need to be ratified later this month by a vote of the full senate, where Berlusconi's supporters were also in a minority, before he lost his seat.

Berlusconi, who did not attend Friday's hearing, denounced the procedure as a maneuvre by his political enemies to remove him.

His allies remained defiant after the vote and according to Renato Brunetta, lower house leader of Berlusconi's People of Freedom Party, it was clearly a political decision to get rid of the leader of Italy's centre right by judicial means.

He added the axmen should not delude themselves as Berlusconi continued to the the leader and point of reference for half of the Italians.

The Senate proceedings came in a week that was particularly disastrous for the 77-year-old billionaire, who was forced into a humiliating climb-down on Wednesday by a party revolt, which pressed him to support centre-left prime minister Enrico Letta in parliament.

Meanwhile Italian government bonds were up this week, with two-year yields reaching a two-month low, on optimism the nation's political situation had stabilised after prime minister Enrico Letta won a confidence vote in parliament.

Italy's 10-year securities rose with former premier Berlusconi going back on a pledge to bring down the coalition on signs his party would desert him.

Letta's five-month-old coalition was supported by 235 of the Senate's 321 lawmakers on 2 October.