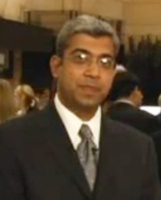 According to a statement, the company issued from its headquarters in Fremont, California, Vemuri's tenure would commence on 16 September. The statement added he would also serve on the company's board.

Vemuri who quit Infosys recently after iconic co founder Narayana Murthy's return, was head of Americas and global head of manufacturing and engineering.

He was also global head of manufacturing and engineering services and had also successfully established and run Infosys' financial services and insurance vertical for nearly a decade decade. He was also chairman of Infosys' China operations.

Gerhard Watzinger, who took over as iGate's interim president and CEO in May in the wake the abrupt exist of Phaneesh Murthy, would continue with iGate, in an ''advisory role temporarily to assist with Vemuri's transition,'' iGate said.

Vemuri said iGate had great market opportunity right now due to the success of its Business Outcomes-based model and the ability of the company to deliver excellent solutions across numerous vertical markets.

"After an extensive search process, we selected Ashok, who brings a track record of success at Infosys where he was responsible for driving growth," iGate co-founder Sunil Wadhwani said in the statement.

"In his role as head of Americas, Vemuri was responsible for Infosys' operations in its largest geographical region, with $4.7 billion in revenues and oversaw all facets of the business ranging from strategic direction to maintaining and improving financial and operational efficiency," Wadhwani said.

The three-decades-old iGate is a provider of consulting, technology and business process outsourcing (BPO) services in addition to product and engineering solutions on a business outcomes-based model.

The company has multi-location operations, which include the largest offshore software development centre in Bangalore, and with a 28,000 workforce of 300 clients it caters to several verticals including banking and financial services, insurance, healthcare, life sciences, manufacturing, retail, energy and utilities.