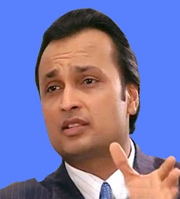 A special court in Delhi has exempted Reliance ADA Group chairman Anil Ambani from personally appearing before it as a prosecution witness in the 2G spectrum allocation case again, tomorrow (Friday).

Judge O P Saini of the CBI court allowed the plea of Ambani, seeking exemption from personal appearance on the ground that he has "pre-scheduled" business engagements.

In his application filed in the court, Ambani said he had received the summons on 23 July and "owing to extremely short notice of just two days", it would not be possible for him to appear before it.

"I wish to state that owing to the extremely short notice of just over two days and my large number of pre-scheduled and pre-committed business engagements, it will not be possible for me to travel to Delhi on July 26, 2013," he said, adding that he would appear before the court any day after 15 August.

"I request your honour to kindly grant an adjournment for my appearance and fix a new date at any time after August 15, 2013 at your convenience," Ambani said.

The Supreme Court, meanwhile, had refused to grant an urgent hearing on the plea of Reliance Telecom Ltd (RTL) challenging the trial court's order summoning Ambani and his wife Tina Ambani as prosecution witnesses in the 2G case.

The apex court has posted RTL's application for hearing on Monday before a special bench, comprising justices Singhvi and K S Radhakrishnan, which is hearing all the matters pertaining to the 2G scam.

The special court had allowed CBI's plea seeking to examine Anil and Tina Ambani on the alleged investment of over Rs990 crore by group companies in Swan Telecom, which is facing trial in the case along with its promoters Shahid Usman Balwa and Vinod Goenka.

RTL is an accused in the case. Three top Reliance ADAG executives Gautam Doshi, Surendra Pipara and Hari Nair are also facing trial in the case.

According to the CBI, RTL had used Swan Telecom, an ineligible firm, as its front company to get 2G licences and radio waves.