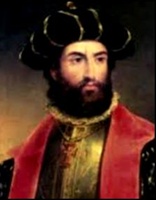 The hand written journal of Portuguese traveller Vasco da Gama's pioneering voyage to India, during the 15th century has been included in the list of world's most prestigious documents by the United Nations Educational, Social & Cultural Organisation (UNESCO).

The journal is written not by da Gama himself, but by an anonymous eyewitness who accompanied him during the journey. It has now been included in the Memory of World Register.

It describes mishaps and the success of the voyage. It also includes the first known list of Portuguese words and their equivalents in the language then spoken in Calicut .

According to UNESCO, the document written by the participant observer allows readers of today to experience and imagine every step being described. "For this reason, it can be considered a literary work that is exciting and a pleasure to read," UNESCO said. 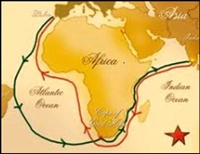 Da Gama's voyage to India is considered the first globalisation enterprise in the world. The document provides testimony of this historic expedition by a European who has changed the course of history.

"This manuscript is the only known contemporary copy of the report of the first voyage of Vasco da Gama to India, whose journey apart from being one of the greatest pieces of European seamanship of that time, acted as a catalyst for a series of events that would change the course of history," UNESCO stated.

Established by UNESCO in 1992, the Memory of World Register project includes a total of 299 documents and collections from five continents.