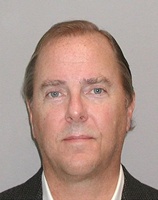 Jeffrey Skilling, the former CEO of Enron Corp, who was sentenced to 24 years in prison for his dubious role in the collapse of the US energy giant, yesterday reached a deal with the US authorities that could see his sentence being reduced by more than a decade.

Once the seventh-largest US Fortune 500 company, Enron went bankrupt in December 2001 after hiding billions in debt with accounting manoeuvres and making loss-making ventures appear profitable, with banks playing a major role in the fraud by funding the company's dubious deals.

The collapse led to 4,000 employees losing their jobs, a $60-billion loss from erosion of market value of its stock, more than $2 billion worth of pension plan losses and billions of dollars of losses for investors.

Enron chairman Kenneth Lay and Skilling were convicted in 2006 for their dubious roles which led to the company's collapse.

Lay, aged 64, died in July 2006 of a heart attack at an exclusive ski resort, while Skilling, who had been groomed for the top job by Lay, was sentenced to 24 years for his role in the fraud. (See:Former Enron CEO sentenced for 24-year)

Skilling, who has been in prison for the last six years, has challenged his 24-year sentence on the grounds that the company collapsed due to a sudden loss of confidence among customers and investors, prompted mainly by opportunistic short-sellers on the stock market.

As part of the deal with the US Department of Justice, Skilling will waive his rights to any further appeals and agree to disburse the more than $40 million of assets that were seized from him, to victims of Enron collapse in exchange for reducing his 24 year prison term to between 14 and 17 1/2 years.

With time off for good behaviour and credit for time served, Skilling could be free by 2017, if the federal judge approves the deal.

''Today's agreement will put an end to the legal battles surrounding this case," said Peter Carr, a DoJ spokesman, in a statement. "Mr. Skilling will no longer be permitted to challenge his conviction for one of the most notorious frauds in American history, and victims of his crime will finally receive the more than $40 million in restitution they are owed."

"The proposed agreement brings certainty and finality to a long painful process. Although the recommended sentence for Jeff would still be more than double any other Enron defendant, all of whom have long been out of prison, Jeff will at least have the chance to get back a meaningful part of his life," said defense attorney, Daniel Petrocelli.

Skilling, who was appointed as CEO of Enron in 2001, abruptly resigned six months later and the Houston-based company which had revenues of nearly $101 billion during 2000, soon collapsed in one of the most notorious accounting frauds in US corporate history.

Skilling, now 59, has maintained his innocence, and in 2009 an appeals court ruled that Skilling's sentence was too harsh since he had not taken bribes or made money from the fraud.

The collapse of Enron, the world's largest energy trading company, was attributed to an elaborate web of intricate accounting to cover up its mounting losses.

Skilling was found to have orchestrated a series of loss-making deals and financial schemes to try to hide debts from investors.

The Enron bankruptcy wiped out about $68 billion in market capital when Enron's shares plunged from a peak of $80 per share in early 2001 and debts of $31.8 billion that left thousands unemployed and erased retirement savings built mostly on Enron stock.

Enron's bankruptcy in 2001 remains one of the largest and most complex bankruptcies in US history.