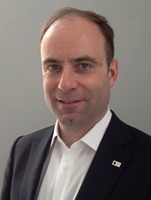 Shukov, an MTS veteran, was previously the CEO of MTS Turkmenistan and Uzbekistan. The transition in leadership is expected to be effective from 1 June 2013.

Rozanov, who was at the helm of SSTL since October 2008, is being elevated to a senior position within Sistema JSFC. He will be moving back to Russia, the company said in a statement.

The details of Vsevolod's new role will be announced by Sistema JSFC after completion of all due corporate procedures. Vsevolod is credited for setting up SSTL's greenfield operations in India, implementing data-centric voice-enabled strategy, developing MTS India brand, and successfully navigating a series of challenging legal and regulatory issues.

''Vsevolod's leadership and strategic direction provided to SSTL was immensely valuable and positioned the company amongst the top three data operators in India,'' said Vladimir Evtushenkov, Chairman of the Board of Sistema JSFC.

Shukov, who has 20 years of experience and started his career as an engineer, had also worked as head of sales in Tele2, Russia's leading mobile operator.

SSTL is gearing up to launch a range of strategic initiatives in line with its data-centric voice-enabled strategy, apart from venturing into 4G services.

SSTL, is a joint venture between Sistema of Russia and Shyam Group of India, with Sistema holding a 74 per cent stake.

Shyam Group holds a 23.5 per cent and the remaining 2.5 per cent is publicly held.

SSTL had received spectrum to provide mobile telephony services across all the 22 circles in the country.