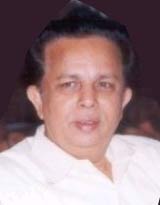 Mumbai: Indian Space Research Organisation chairman G Madhavan Nair received the degree of Doctor of Science (honoris causa) for outstanding work in space research and for elevating India's status in the world of space technology at the 47th convocation of IIT-Bombay. He was honoured by chairman of the board of governors, Anil Kakodkar.

Nair, who is also the secretary, Department of Space, Government of India, was conferred the honour in the presence of Dr E Sreedharan, managing director, Delhi Metro Rail Corporation Ltd.

Nair, during his tenure as ISRO chairman, has overseen 25 successful satellite and launch vehicle missions, including the "most remarkable" achievement of the lunar mission - Chandrayaan I. This was stated in the citation read by IIT director Prof Devang Khakhar.

Madhavan Nair is also a leading technologist in the field of rocket systems and the architect of Polar Satellite Launch Vehicle, which has helped India establish end-to-end capability in remote sensing, he said.

During his tenure as director of the Liquid Propulsion Centre from 1995-1999, India's efforts towards indigenous development of cryogenic technology took concrete shape, vital infrastructure was built and critical technologies developed, the IIT director said.