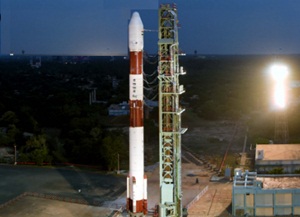 The two satellites, NovaSAR and S1-4 - the first meant for day and night viewing and the other meant for environment monitoring – contracted through Antrix Corporation Limited, Isro's commercial arm, had sought a specific orbit and a night time launch.
Both the satellites together weighed about 889 kg, and the commercial launch was carried out under an arrangement between Surrey Satellite Technologies Limited (SSTL) and Isro’s commercial arm Antrix Corporation Limited.
Isro used a lighter version of the PSLV for the commercial launch of the two British satellites, which carried no other satellite, including Indian ones.
It is a "fully commercial launch by Isro, India will earn money by this launch," S Somnath, director of the Vikram Sarabhai Space Centre at Thiruvananthapuram, said.
"This is fifth fully commercial launch of PSLV where the whole rocket has been hired by a foreign company", he said. Adding, "PSLV has a very special slot hence foreign companies prefer it because it is highly reliable and India's offers timely launches without much of a waiting period".
Prime Minister Narendra Modi congratulated the space agency.
“Congratulations to our space scientists! ISRO successfully launched PSLV C42, putting two UK satellites in orbit, demonstrating India's prowess in the competitive space business,” the prime minister stated in a tweet.
The British satellites are made by Surrey Satellite Technology Ltd, UK and they together weigh 889 kilograms. NovaSAR satellite has day and night viewing capability for resource mapping, disaster management and ship detection. S1-4 satellite is meant for environment monitoring and urban management.
NovaSar is equipped to track ships in high seas and detect unauthorised boats sailing the seas since each ship is supposed to carry equipment by which it can be identified by security agencies using satellite based tracking systems.
For this launch the PSLV weighs 230 tons at lift off, standing tall at 44.4 meters, and the lightest version of PSLV is being deployed, called 'core alone' version.
Somnath, said this launch also gives the Indian industry a boost. Today 85 per cent of PSLV is made by the industry and Isro wants the industry to take up making the balance 15 per cent as well.
Isro will be launching three more satellites in the near future to provide high-speed bandwidth connectivity to rural areas as part of the government`s Digital India programme, a top Isro official said on Sunday.
Speaking to reporters after the successful launch of two UK satellites, Isro Chairman K Sivan said: "Isro will launch three more satellites, which together will provide international level bandwidth speed."
According to Sivan, the satellites are AGSAT 20 (to be launched next year), GSAT 11, and GSAT 29. GSAT 19 has already been launched.
Sivan said that the space agency had planned a series of launches over the next six months.
He said that there will be a rocket launch mission every second week.
Sivan also said earth observation satellites will also be launched in addition to the communication satellites.
He said that the much expected moon mission will happen next January.
"The launch window for Chandrayaan-2 mission is planned between 3 January and 16 February 2019. We are aiming for January 3. We do not expect any delay in the Chandrayaan-2 mission," Sivan said.
MORE REPORTS