Staples in talks with private equity firms about a potential sale

Staples Inc, the largest retailer of office supplies in the US, is in talks with private equity firms about a potential sale, The Wall Street Journal yesterday reported, citing sources familiar with the matter. 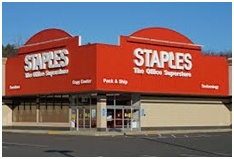 Massachusetts-based Staples, which has a market value of $5.65 billion, is the largest retailer of office supplies, technology, furniture, safety supplies, medical supplies, copy and print services in the US.

The company operates throughout North and South America, Europe, Asia, Australia and New Zealand and has an annual turnover of around $23 billion.

ZIn recent years, Staples has  been struggling due to digitization and increased competition from online retailers including Amazon.com and big-box stores like Costco Wholesale Corp and Wal-Mart Stores.

After its failed attempt to buy Office Depot, Staples has announced cost-cutting plans and operational restructuring.

Staples, which has 1,255 stores in the US and 304 in Canada, announced plans to sell around 60 stores in North America and sold its UK unit, which employs around 1,100 people across 106 stores to Hilco Capital and a majority stake of its European operations to private equity firm Cerberus Capital.