Time Warner Inc shareholders on Wednesday approved the sale of the entertainment company to telecommunications giant AT&T for $85.4-billion in a cash-and-stock deal. 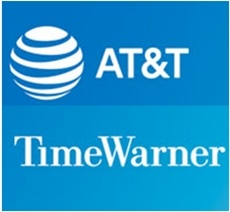 Of the 78 per cent holders Time Warner Inc common stock who cast their votes, 99 per cent were in favour of the merger agreement with AT&T Inc.

The vote was held at a special meeting in Atlanta with shareholders for Time Warner, which is the parent company of CNN, HBO, TNT and others. The company's CEO Jeff Bewkes said in a statement that ''78% of our outstanding shares'' voted in favor of the merger, ''and of the shares voted, 99 per cent were cast in favor of the proposal.''

''The adoption of the merger agreement by our shareholders keeps us on track, pending regulatory consents or reviews, to close the transaction before year-end 2017,'' Bewkes said.

The blockbuster deal would transform Dallas-based AT&T into a phone and television behemoth with prominent media assets such as CNN, HBO, TBS, Cartoon Network and the Warner Bros studio in Burbank.

The merger would end the independent ownership of the nation's third-largest entertainment company.

The AT&T-Time Warner deal, however, would need approval by the US Department of Justice and perhaps the Federal Communications Commission.

But, having obtained shareholder approval of the transaction, and with regulatory review of the deal underway, the company expects the transaction to close before year-end 2017.

''On behalf of our board of directors and management team, I'm pleased that the company's shareholders have approved the proposal to combine with AT&T. In addition to providing shareholders with immediate value and the ability to participate in the upside of the combined company, the deal advances our long-term operational strategy. By combining Time Warner's leading brands and video content with AT&T's distribution, we will accelerate our ability to innovate, develop and deliver the next generation of video services, making our content even more valuable to consumers and business partners,'' Time Warner Inc chairman and chief executive Jeff Bewkes said.

Time Warner Inc, a global leader in media and entertainment with businesses in television networks and film and TV entertainment, uses its industry-leading operating scale and brands to create, package and deliver high-quality content worldwide on a multi-platform basis.

Time Warner Inc is the combined entity after the merger of Time Inc magazine business, Ted Turner's stable of cable television channels and the Warner Bros studio that was formed by the four Warner brothers nearly a century ago.

But in the last decade, under chairman and chief executive Jeff Bewkes, Time steadily shed slower-growing assets, including magazines, the former Time Warner Cable pay-TV service and AOL, which tarnished the company's reputation as the biggest failed media merger in history. By slimming down the company, Bewkes made it more attractive to a takeover.

Time Warner fought off the advances of Rupert Murdoch's 21st Century Fox two and a half years ago, but on 22 October, agreed to AT&T's more handsome offer of $107.50 a share. The deal price represented a 35 per cent premium over what Time Warner's shares had been trading for in the week before the deal became public.

''We think this transaction makes sense strategically and financially,'' Bewkes told shareholders who traveled to the Omni Atlanta Hotel near CNN's Atlanta headquarters for the meeting. ''The video marketplace is changing rapidly, and it is becoming clear that just producing great content is no longer enough. We need to deliver great consumer experiences.''