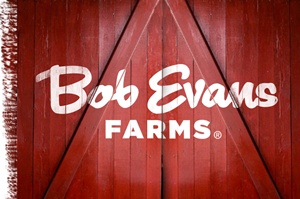 However, instead of spinning it off, Bob Evans will sell the restaurants and commit to the packaged foods division, which sold sausage and side dishes at grocery stores.

Along with the sale of the restaurants, BEF Foods will also acquire Pineland Farms Potato Company for $115 million.

CEO Saed Mohseni said in a statement that the transactions ''are a major step in our strategic transformation that we believe will continue Bob Evans' history of success.''

He added that as a private company, the restaurant division would get the attention it needed to succeed.

''We believe this focus will result in higher returns for our shareholders and, as a more focused private business, Bob Evans Restaurants will be better able to deliver on its brand promise of providing quality food and hospitality to every guest, every meal,'' he said.

"The steps we took today are the transformation of Bob Evans," Mohseni said in an interview. The two businesses "were founded together, but now that they both have scale...it's time to separate them."

Mohseni said he planned to continue to head Bob Evans Restaurants, which were sold to an affiliate of Golden Gate Capital for $565 million plus liabilities up to $50 million.

Under the deal, proceeds would be used to pay down debt and for a special dividend amounting to $150 million, or about $7.50 a share, after the sale closure.

According to Mohseni, BEF had about half of the total market share for refrigerated mash potatoes in supermarkets.