Struggling teen apparel retailer Aeropostale Inc yesterday said that it was exploring strategic alternatives, including a sale, and has hired Stifel and other advisers to assist in options. 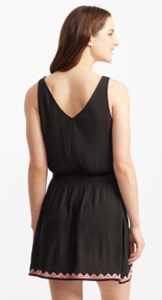 ''The Board of Directors of Aéropostale has authorized management to explore a full range of strategic and financial alternatives, including a potential sale or restructuring of the Company,'' it said in a statement while reporting its fourth quarter results.

''The Company has retained Stifel and other advisors to assist in a review of alternatives,'' it added.

Aéropostale is a specialty retailer of casual apparel and accessories for young women and men and sells its products primarily in stores located in malls.

The New York-based company maintains control over its proprietary brands by designing, sourcing, marketing and selling all of its own merchandise through licensed stores and online

In addition, with several licensing agreements, the company's licensees currently operate 322 Aéropostale and clothes for 4 to 12 year-old kids through its P.S. stores in the Middle East, Asia, Europe, and Latin America.

Aéropostale, which competes with Abercrombie & Fitch, Hollister Co, American Eagle Outfitters, Abercrombie kids and American Eagle's 77kids, continues to struggle with falling sales although its competitors have managed to turn around their businesses cost cutting and bringing out new designs.

The company is closing unprofitable stores and now focusing on its lower-priced factory concept stores.

Aéropostale  also said that it is currently in a dispute with one of its vendor, MGF Sourcing US, LLC, an affiliate of Sycamore Partners, which it believes is in violation of a sourcing agreement and is causing a disruption in the supply of some merchandise, which, if unresolved, could cause a liquidity constraint.