With the biggest remaining hurdle in Fiat's merger cleared, the stage is set for the creation of a single global automaker, Fiat Chrysler Automobiles, Detroit Free Press reported. 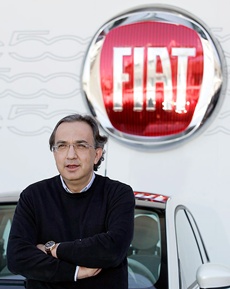 The Italian automaker yesterday said that payouts for shareholders who wanted cash rather than shares in the new combined company would not exceed a €500 limit set in the merger agreement.

Fiat SpA shareholders have a choice of accepting shares in FCA or selling their shares for €7.727 each.

Fiat CEO Sergio Marchionne is all set to combine Fiat and Chrysler into a new company whose shares would trade on the New York Stock Exchange under the symbol FCA and recapitalise the company's debt.

Fiat chairman John Elkann said he was delighted with the results. He added, the company was now looking forward to the completion of the project, which had been on the drawing board since the acquisition of all of the equity interest in Chrysler Group. He added, the listing on the New York Stock Exchange would give proper relevance to the importance of the Group's activities in the US market and make its financing activities more efficient.

Even though Chrysler was absorbed by Fiat earlier this year the transaction's closing would give the new company better access to financial markets and help restructure its debt. Fiat SpA would no longer exist.

The new Fiat Chrysler Automobile to be incorporated in the Netherlands, would have its financial base in London while its shares would trade on the New York Stock Exchange under the symbol FCA, Associated Press reported.

According to Fiat the cost for Fiat shareholders asking for cash rather than having their shares exchanged for shares in FCA would work out to less than €500 million, the limit set in the merger agreement. Italian law allows shareholders who vote against the deal to  demand that the company buy their shares. The deal would have failed had the payout limit was exceeded.

Fiat SpA will cease to exist as an Italian carmaker. According to Marchionne, the company's operations in Italy and Chrysler in Auburn Hills, Michigan, would be largely unaffected by the corporate reshuffling.

Thanking Fiat shareholders who accepted shares in FCA rather than selling, Marchionne said in  statement, "I am reassured by the fact that the vast majority of our equity holders have remained loyal and committed shareholders. Their belief in and support of the strategic plan we laid out for the next five years is of crucial importance as we embark on the execution phase which will dramatically improve the market positioning of our group and our brands."