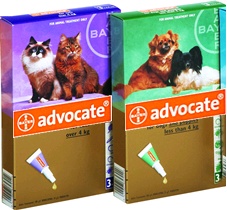 Bayer and Reckitt Benckiser are among the final contenders for the Merck & Co's consumer healthcare business, the report added.

According to analysts, investors were looking for Merck to restructure and perhaps sell off non-pharmaceutical units.

Media reports had earlier said that among a range of options it has considered for the consumer unit was swapping the business in exchange for the animal health and other units of its Swiss rival Novartis AG.

But since such a move is unlikely since the complexity of valuing different businesses is enormous, and may raise anti-trust issues, Merck is exploring an outright sale of its consumer unit, the report said

Merck's animal health unit is the world's second-largest after Zoetis with 15.5-per cent market share and 2013 sales of $3.4 billion.

Reuters had on Saturday reported that Merck was in the final stages of selling the consumer business for close to $14 billion and the price could go higher in the final days of bidding.

Merck's profit declined last year due to generic competition to its top-selling drug Singulair, and an inability to introduce new drugs after research setbacks. It has been axing thousands of jobs even as it looks to boost demand for existing products to overcome the loss of revenue from Singulair Maxalt and Temodar.

A deal with Merck would catapult Reckitt Benckiser from the ninth place to the third in the global consumer health industry.

The division has two main production sites, and sells its products in more than 50 locations in roughly 120 countries and posted sales of $1.8 billion in 2013.