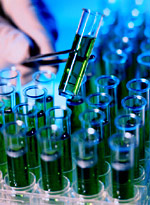 Waltham, Massachusetts-based Thermo Fisher will buy Phadia from the European private equity firm Cinven, which had acquired the Uppsala, Sweden-based company in 2007 for €1.29 billion during the height of the booming pharmaceutical market.

The company had 2010 revenues of €367 million ($525 million), representing a three-year compounded annual growth rate of 10 per cent on a constant currency basis.