The centre has prepared a draft bill that seeks to exempt smaller firms employing less than 40 people from the requirement of abiding with 14 labour related laws, including payment of minimum wages, provident fund, bonus and the provision of health cover under the Employees State Insurance Scheme (ESIS). 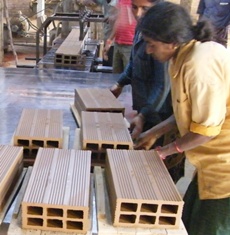 Instead, employees of such firms have to mandatorily subscribe to pension schemes and health cover schemes provided by insurance companies on their own.

There will be no bonus also, while employees will be entitled to gratuity.

The new bill also provides for sacking of employees on payment of one month's notice or wages, empowering employers to hire and fire.

The bill provides for stringent measures against trade union activities as such acts would need support of at least 51 per cent of workers. Group absence may also invite wage deduction for up to eight days.

While these laws will apply to all new employees, nearly half of the existing labour force will be out of the present regulations covering PF, ESIS and bonus once the Employees Provident Fund & Miscellaneous Provisions Act is amended and the Small Factories (Regulation of Employment and Conditions of Services) Bill, 2014 is enacted into law.

Small factories owned by the central or state governments and the local authorities will also come under the purview of the bill.

The bill also seeks to ease procedures for registration and closure of small factories. A small factory can be registered through an electronic or written application within 60 days of its commencement.

The registration can also be done after 60 days by paying penalty. After registration, the factory will get a labour identification number. The closure can be communicated to the chief inspector of the small factories within 15 days.

The chief inspector will be authorised to cancel the registration and remove the name of the factory from the register. Despite strong opposition from trade unions, the Narendra Modi government is going ahead with the reforms in labour laws in its push to make it easy for foreign business to do business in India.