Ahead of an inter-ministerial group finalising its recommendations, the Telecom Regulatory Authority of India (Trai) has suggested a slew of relaxation for the operators, including a proposal to reduce goods and services tax (GST) rate on the industry to 5 per cent from the current 18 per cent by declaring it a core infrastructure industry. 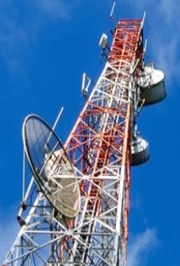 Other recommendations include lower licence fee and spectrum usage charge and a longer tenor for paying for spectrum acquired through auctions along with lower initial upfront payment.

Trai chairman R S Sharma had met chief executive officers of telecom firms on 15 June to address the financial stress in the sector (See: Ministry vows 'corrective steps' on telecom sector woes). The authority has now submitted its recommendations to the Department of Telecommunications (DoT) and to telecom secretary Aruna Sundarajan.

However, Trai has not committed anything on increasing the termination charges to cover full cost, on which there's a difference between the older incumbents and newcomer Reliance Jio. Trai said it is already in the midst of a consultative process on this and would come out with its recommendations in due course of time.

While fixing termination rates is the sole jurisdiction of Trai, other issues are policy matters and the final call would rest with the government. On matters like lowering licence fee, SUC and longer payment period for spectrum acquisition, Trai has reiterated its past recommendations when it had batted for such measures.

Trai had, in 2015, suggested that the USO component be reduced to 3 per cent, thus bringing down the licence fee to 6 per cent, and not changing the amount that directly accrues to the government. However, the industry has urged for a licence fee of around 3 per cent.

On SUC, the Trai has reiterated its September 2015 and January 2016 recommendation wherein it had suggested that there should be a flat rate of 3 per cent on auctioned spectrum. However, operators are now pressing for a rate of 1 per cent.

While telecom operators have been batting for a 12 per cent GST rate for telecom services, Trai has advised the DoT to take up with the finance ministry for a still lower rate of 5 per cent by declaring telecom sector as a core infrastructure sector and economy enabler in the country.

''Affordable telecom services would facilitate fast digitisation of the economy as well as proliferation of telecommunication services in rural and remote areas to achieve the mission of Digital India and thereby help in achieving aggregate efficiency across sectors such education, e-commerce, e-banking and agriculture, etc,'' Trai has said.