Hong Kong Exchanges and Clearing has made an unsolicited $39 billion takeover bid for the London Stock Exchange (LSE), an offer contingent on the LSE ditching its acquisition of data company Refinitiv. 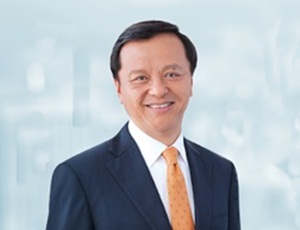 “LSEG and HKEX operate some of the most significant financial infrastructure in two of the world’s most important financial markets. Together, they will create a world-leading global exchange that spans Asia, Europe and the United States with a market value of more than US$70 billion. Together, they would provide an unprecedented market connectivity platform for global market participants, unleashing a new generation of opportunities on the world’s first truly global exchange,” HKEX stated in a release.
The combination would help both exchanges compete better with rivals like ICE and CME from the United States. The LSE has long sought to bolster its presence in Asia and recently launched a link scheme with HKEX rival Shanghai.
“The board of HKEX believes a proposed combination with LSEG represents a highly compelling strategic opportunity to create a global market infrastructure leader,” HKEX stated in the release.
“Bringing HKEX and LSEG together will redefine global capital markets for decades to come. Both businesses have great brands, financial strength and proven growth track records. Together, we will connect East and West, be more diversified and we will be able to offer customers greater innovation, risk management and trading opportunities. A combined group will be strongly placed to benefit from the dynamic and evolving macroeconomic landscape, whilst enhancing the long term resilience and relevance of London and Hong Kong as global financial centres," Charles Li, Chief Executive of HKEX, said:
Under the terms of the proposed transaction submitted to the board of LSEG, LSEG shareholders would receive 2,045 pence in cash and 2.495 newly issued HKEX shares per LSEG share.
The proposed transaction implies a value for each LSEG share of 8,361 pence (based on the closing price of HK$245.20 per HKEX share on 10 September 2019 and a £:HK$ exchange rate of £1=HK$9.6865). This would imply a value for the entire issued and to be issued ordinary share capital of LSEG (on the assumption that the listed share capital comprises 354,471,415 shares, post employee option exercise) of approximately £29.6 billion, implying an enterprise value of £31.6 billion (inclusive of net debt and other adjustments of approximately £2.0 billion as at 30 June 2019).
This represents a premium of 22.9 per cent to the closing share price of 6,804 pence per LSEG share on 10 September 2019; - a premium of 22.4 per cent to the volume weighted average closing price of 6,833 pence per LSEG share since 29 July 2019, the first trading date after the first announcement of the Refinitiv transaction, to 10 September 2019; a premium of 47.4 per cent to the closing price of 5,672 pence per LSEG share on 26 July 2019, the last trading date before the first announcement of the Refinitiv transaction; and - a multiple of 30.2x times 2018 reported earnings before interest, tax, depreciation,
amortisation and impairments.
HKEX intends to apply for a secondary listing of HKEX shares on the London Stock Exchange with effect from completion of the proposed transaction.
HKEX reserves the right to change the terms of the proposed transaction and vary the form and/or mix of the consideration in the future. The proposed transaction could be financed through a combination of existing HKEX cash resources and new credit facilities.
The takeover bid by the Hong Kong company comes as Britain is set to leave the European Union, a step some politicians fear could weaken its large financial sector.
HKEX, which already has a base in London as owner of the London Metal Exchange, said it had played a key role in underpinning the City of London’s position as a pre-eminent global center for metals trading.
“HKEX is fully committed to supporting and building the long term roles of both London and Hong Kong as global financial centers,” it added.
The proposed 31.6 billion pounds cash-and-share transaction would only go ahead if the LSE’s proposed takeover of Refinitiv does not proceed, HKEX said.
LSE, however, said it was committed to and continued to make good progress on its proposed acquisition of Refinitiv.
LSE had, in August, announced plans to acquire Refinitiv in a $27 billion deal aimed at transforming the exchange into a market data and analytics giant.
Private equity firm Blackstone owns a majority stake in Refinitiv, while Thomson Reuters has a minority stake in the firm.
The HKEX bid to acquire LSED comes at a time when HKEX is beset by political turmoil in Hong Kong and LSE is in the throes of Brexit, under which Britain will walk away from the European Union.
“This is not helpful. As a financial center, trust and confidence are important,” HKEX CEO Charles Li said of the protests last month, when HKEX reported a 21% fall in trading fees in the first half of the year.
The Hong Kong bourse’s bid to acquire LSE comes after three failed attempts by Germany’s Deutsche Boerse in recent years, hitting opposition from politicians and regulators.
LSE CEO David Schwimmer has said that big bang takeovers in exchanges are difficult due to political concerns and in recent years the LSE has sought to diversify away from basic trading and clearing to data and analytics.
The Asian exchange, however, signaled it was confident the takeover faced no major regulatory hurdles due to little overlap in markets.
HKEX said it has already begun discussions with certain regulators in Britain and Hong Kong. “The board of HKEX believes that the two businesses are highly complementary and as such, looks forward to working with the relevant authorities to deliver a clear path to completion,” it added.
MORE REPORTS