Investors should not be attracted to markets based on incentives (such as tax breaks) but should come in armed with financial literacy, the awareness of how much is little and how much is too much, according to Ajay Tyagi, chairman, Securities and Exchange Board of India (SEBI). 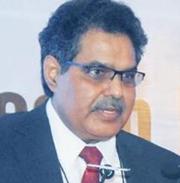 Addressing the winners of National Financial Literacy Assessment Tests (NFLAT) conducted by the SEBI's National Institute of Securities Markets (NISM) at Patalganga in Navi Mumbai, Tyagi said ''Every segment of the society should have an opportunity to participate in the financial sector.''

A recent SEBI survey found that 90 per cent of households preferred bank deposits and less than 10 per cent preferred stocks and mutual funds. Rural areas were worse off with the awareness of markets being less than two per cent. It also revealed what many people thought; that trading in derivatives was safer than trading in bonds.

To ensure better penetration of financial literacy initiatives, Tyagi announced that students could henceforth appear for NFLAT online test at any time of the year and as per their convenience. Currently, students can take the tests only during a particular period when they are announced.

The NFLAT is a financial education initiative aimed at imparting financial literacy to school students. It is conducted by the National Centre for Financial Education (NCFE) - the agency mandated to implement the government of India's National Strategy on Financial Education (NSFE). Nearly five lakh students from 4,000 schools across India have appeared for NFLAT since inception

NCFE is a joint initiative of all financial sector regulators - RBI, SEBI, IRDAI and PFRDA -incubated at the NISM.

Observing that only people from Mumbai and Ahmedabad were more inclined towards equity investing Tyagi said ''It is a huge country and if there is participation from only some areas, something is not correct. To take everyone along to help them understand the potential of the market is a big task. People should come on their own judgment. But awareness should be available.''

Tyagi said that parents did not feel comfortable in teaching their children on how to manage money besides the fact that personal finance was not actively taught in school. ''Parents can't teach their children what they don't know,'' he summed up.