eBay Inc. today announced that it has entered into a definitive agreement to sell eBay Enterprise to an investor consortium led by Permira Funds for $925 million. 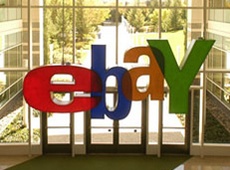 The consortium includes Sterling Partners, Longview Asset Management, and Innotrac Corporation, a Sterling Partners portfolio company, together in partnership with companies owned by the Permira Funds.

The move comes just days before the US online giant's planned spinoff of its PayPal online payments unit, which would trade as an independent company from 20 July.  (See: EBay-PayPal to break up in July)

GSI Commerce, which was acquired by eBay in 2011 for $2.4 billion, and later renamed it eBay Enterprise, helps retailers around the world strengthen their online presence and e-commerce capabilities, generating $288 million in revenue in the first quarter.

eBay Enterprise, which is facing competition from Amazon.com Inc and Alibaba Group Holding Ltd, had seen revenue growth lag behind PayPal, which eBay bought in 2002.

Last month eBay announced that its board had approved the planned spinoff of its PayPal online payments unit, and PayPal stock would be distributed to eBay shareholders on 17 July, with the financial unit starting to trade under the symbol PYPL on 20 July.

The announcement came following months of pressure from activist investor Carl Icahn, who had assailed eBay for poor management and claimed that keeping eBay tied with PayPal hurt the value of both units.

Following the acquisition of PayPal for roughly $1.5 billion in stock, PayPal had expanded beyond a simple payment mechanism for eBay auctions.

However, according to Icahn and others, PayPal needed to change to compete better in the fast-moving online payments segment.