A consortium of investors including private-equity giant KKR & Co is close to buying a controlling stake in South Korea's Ticket Monster from Groupon Inc, valuing the mobile-commerce company at nearly $800 million, The Wall Street Journal today reported, citing people familiar with the situation. 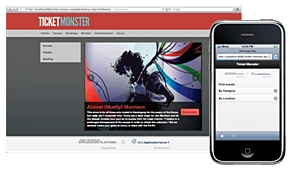 The consortium is seeking to buy a controlling 59-per cent stake and a deal is expected to be signed in the coming days, the report said.

The valuation of close to $800 million includes fresh capital being injected into the business by the investors, the report added.

Groupon will make a handsome profit from its $260 million it paid in January 2014 for buying Ticket Monster from rival LivingSocial Inc.

It caters to the needs of over five million people and employs about 850 people worldwide.