Genetically modified Bt brinjal should not be released in the market without a full assessment of its impact on health and the environment, argues Manu Sharma

The controversial Bt brinjal is a GMO (genetically modified organism) brinjal plant created through the insertion of a specific gene from a soil bacterium into brinjal seeds. The specific gene, technically known as 'Cry1Ac', imparts pest resistance to the crop. The resistance to the pests is produced via secretion of specific toxins by Bt brinjal. These toxins are said to inhibit the digestive systems of insects that feed on normal brinjal crop. In other words, Bt brinjal hits pests by poisoning their digestive systems. 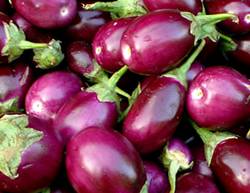 The maker of Bt brinjal is monsanto, a firm that specialises in genetically modified crops and is known to be a leading innovator in this field. Marketing for the seeds for Bt brinjal is being undertaken by an Indian firm called Mahyco. The details available in the public domain so far do not make for a thriller or the agro-apocalypse scenario that is getting people worked up from the Lok Sabha to the gram sabha level in India. So what is it about Bt brinjal that bothers the farmers, scientists, policy makers and the Bt crop producers alike? The one-word answer to that question is ''impact''.

The impact of introducing a genetically modified food crop in the agro-ecosystem has neither been independently quantified nor calibrated. The human and environmental hazards of a Bt food crop can be grave enough to warrant extreme caution. At the same time BT food crops have the potential to alleviate a number of traditional problems afflicting food crops such as pests, water shortage, low yield and short crop shelf-life by the use of modern technology.

The danger with allowing field trials of a genetically modified food crop is of two types, ie health hazards and environmental hazards. When it comes to health hazards, it is worth referring to the conclusions of a French scientist Prof Seralini, who conducted an independent evaluation of the Monsanto-Mayhco dossier of toxicity tests on Bt brinjal provided to GEAC. According to Seralini, Bt brinjal is potentially unsafe for human consumption based upon the raw data submitted by Monsanto.