T-Mobile US, Inc and Sprint on Tuesday said the companies are going ahead with their merger to create the New T- Mobile, after they received a favorable decision in Federal Court in New York. 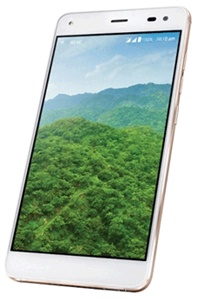 District Judge Victor Marrero rejected the claim by a group of states led by California and New York that the deal would violate antitrust laws and raise prices.
The court agreed with arguments by T-Mobile and Sprint that the merger would better equip the new company to compete with top players Verizon Communications Inc and AT&T Inc, creating a more efficient company with low prices and faster internet speeds.
Even after the $26 billion deal closes, the combined company would only be third-largest US wireless carrier by market capitalisation.
In his ruling, the judge noted the difficulty in deciding an antitrust case since it forces the judge to predict the future in deciding if a deal will lead to higher prices.
“T-Mobile has redefined itself over the past decade as a maverick that has spurred the two largest players in its industry to make numerous pro-consumer changes. The proposed merger would allow the merged company to continue T-Mobile’s undeniably successful business strategy for the foreseeable future,” the court ruled.
“Today was a huge victory for this merger … and now we are FINALLY able to focus on the last steps to get this merger done! We want to thank the Court for its thorough review of the facts we presented in our case. We’ve said it all along: the New T-Mobile will be a supercharged Un-carrier that is great for consumers and great for competition,” said John Legere, chief executive officer of T-Mobile.
“The broad and deep 5G network that only our combined companies will be able to bring to life is going to change wireless … and beyond. Look out Dumb and Dumber and Big Cable – we are coming for you … and you haven’t seen anything yet!” he added.
“Judge Marrero’s decision validates our view that this merger is in the best interests of the U.S. economy and American consumers,” said Sprint executive chairman Marcelo Claure.
“Today brings us a big step closer to creating a combined company that will provide nationwide 5G, lower costs, and a high-performing network that will invigorate competition to the benefit of all mobile wireless and in-home broadband consumers,” he added.
The two companies plan to focus on quickly completing the few remaining necessary steps to close this transaction.
The T-Mobile and Sprint combination is subject to certain closing conditions, including possible additional court proceedings, and satisfactory resolution of outstanding business issues among the parties.
The US Justice Department approved the deal in July after the carriers agreed to sell some prepaid assets to satellite provider Dish Network Corp, which would create its own cellular network to ensure that there would still be four competitors in the market.
The Federal Communications Commission also approved the deal in October.
Uniting T-Mobile’s low-band spectrum and Sprint’s mid-band spectrum could allow a fast rollout of a national 5G network.
Federal Communications Commission chairman Ajit Pai said the ruling was a big win for American consumers and would help ensure US leadership in rolling out a 5G network. The FCC approved the deal last year in a vote split 3-2 along party lines.
Japan’s Softbank Group Corp holds a controlling stake in Sprint.
MORE REPORTS