European telecom major Atlice is planning to sell its telecoms network in the Dominican Republic as part of its plan to sell non-core assets in order to reduce its massive €50 billion ($59 billion) debt, the Financial Times yesterday reported, citing three people briefed on the plans. 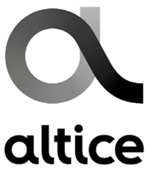 The sale process of Atlice Dominicana, a subsidiary of the Luxembourg-based holding company, is still in the early stages and plans could change, the report said.

Atlice Dominicana delivers mobile and fixed services to more than 4.8 million customers in all 32 provinces in the country.

It has 4.3 million residential users and 476000 business lines and has an annual turnover of €720 million and operating profit of €185 million.

Altice has recently grown through aggressive acquisitions financed by debt. It started acquiring companies in France and expanded to other countries, like Israel, Portugal, the US, the Dominican Republic.

The company's stock fallen by around 46 per cent since the start of 2017, which has worried shareholders, especially institutional investors.