The central government is launching the second phase of the BharatNet project, with an outlay of Rs34,000 crore, aiming to provide high-speed broadband connectivity in all panchayats by the end of March 2019. 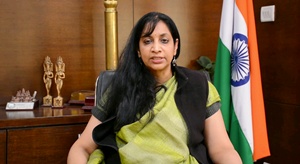 Telecom minister Manoj Sinha, along with law and IT minister Ravi Shankar Prasad and human resource development minister Prakash Javadekar will be launching the project.

With optical fibre connectivity now available in one lakh gram panchayats under Phase-1 of BharatNet, DoT is all set to start delivering broadband-enabled citizen services in these locations, telecom secretary Aruna Sundararajan said on Sunday

"BharatNet Phase I is 90 per cent completed. By December 2017 it will be fully completed. We will tomorrow launch Phase II of BharatNet to connect 1.5 lakh gram panchayats (GP) with high-speed broadband by March 2019," Sundararajan told reporters in New Delhi.

Memorandums of understanding will also be signed with states for implementation of BharatNet Phase-II. The conference will be attended by IT ministers and IT secretaries from states.

With BharatNet Phase I operational,  state governments will be sharing their plans for leveraging the broadband infrastructure. DoT, in collaboration with service providers, plans to demonstrate various models that could possibly be adopted for these services. Telecom service providers, on their part, will set up centers in rural areas to demonstrate service delivery on BharatNet infrastructure.

The DoT had significantly increased the pace of implementation during the last six months to complete Phase I, and by December 2017, all 1, 00, 000 gram panchayats will be on the BharatNet infrastructure.

As of today, almost 90,000 installations have been completed and services are expected to commence in 80,000 gram panchayats shortly.

Under the Phase-I, 1 lakh gram panchayats or 3 lakh villages were connected.

Under the Phase II, the government plans to connect 1.5 lakh panchayats through 10 lakh km of additional optical fibre.

These states will roll out the project on their own with partial funding from the central government.

Sundararajan said the total project cost of BharatNet was around Rs 45,000 crore, of which Rs11,200 crore have been used for the first phase.

According to government estimation, the second or final phase of BharatNet will double the existing optical fibre footprint in the country. It will also generate employment of 100 million mandays during the project rollout.

The government will also give Rs3,600 crore in financial support to telecom service operators for rolling out Wi-Fi in villages.

Sundararajan said there are already around 38,000 Wi-Fi hotspots in the country now.

"Under BharatNet Phase II, around 6-7 lakh Wi-Fi hotspots will be added with two-five hotpsots in each panchayat. Some of the Wi-Fi hotspots may not be commercially viable initially. So (we) will provide viability gap funding of around Rs3,600 crore to telecom operators."