Govt asks WhatsApp not to impose terms on Indian users

Union ministry for electronics and information technology has written to WhatsApp CEO Will Cathcart, asking the messaging platform to withdraw its proposed update to its privacy policy and terms of service. The new policy, which was supposed to be enforced from 8 February, has been pushed by three months amid backlash. 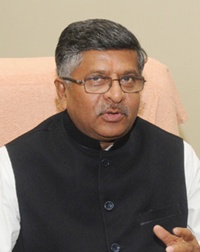 “The changes to the WhatsApp Privacy Policy and Terms of Service outline the vast amounts and categories of data that is collected by WhatsApp and how it will be shared with other Facebook companies. These changes enable WhatsApp, and other Facebook companies, to make invasive and precise inferences about users which may not be reasonably foreseen or expected by users in the ordinary course of accessing these services,” the letter states.
“These changes notify users that WhatsApp will collect highly invasive and granular metadata, such as time, frequency and duration of interactions, group names, payments and transaction data, online status, location indicators, as well as any messages shared by users with business accounts. Further, these changes indicate that this information will be shared with other Facebook companies for an extremely expansive and broad set of purposes, without providing users with any option to opt-out of this integration across social media platforms,” it adds.
The government noted that such a policy would entail the dissolution of “any meaningful distinction” between Facebook companies and WhatsApp. The government also emphasised that “any unilateral changes to the WhatsApp terms of service and privacy would not be fair and acceptable.” In fact, it would be an infringement of the country’s sovereignty, it pointed out.
Meity said India is home to the largest user base of WhatsApp globally and is one the biggest markets for its services.
The proposed changes to the WhatsApp terms of service and privacy policy "raise grave concerns regarding the implications for the choice and autonomy of Indian citizens," it wrote.
The ministry has asked WhatsApp to withdraw the proposed changes and reconsider its approach to information privacy, freedom of choice and data security.
Stating that Indians should be properly respected, it said, "any unilateral changes to the WhatsApp terms of service and privacy would not be fair and acceptable.”
ANI reported that the CEO has been asked to furnish responses to the union government’s query regarding the privacy, data transfer and sharing policies.
As per reports, the letter states that WhatsApp’s approach of having to either accept the terms or leave the platform takes away meaningful choice, and infringes on the interests of Indians in relation to informational privacy and security.
The ministry also reportedly said that it would create a source of information about users with Facebook, which can be a security risk.
Speaking at the 15th India Digital Summit, minister of communications, electronics and IT Ravi Shankar Prasad noted that national security will be central with regard to exposure of international companies, including those from China, in the country.
WhatsApp has drawn massive criticism from users globally, including India, over concerns that data was being shared with its parent company, Facebook. WhatsApp, on its part, has maintained that messages on the platform are end-to-end encrypted and that neither WhatsApp nor Facebook can see the private messages on WhatsApp's platform.
"This is an issue that my department is (working) on, and being the final authority, it will not be proper for me to make comments. But except to flag one thing very clearly. Be it WhatsApp, be it Facebook, be it any digital platform, you are free to do business in India but do it in a manner without impinging upon the rights of Indians who operate there," Prasad said.
He added that the sanctity of personal communications needs to be maintained.
"I've only spoken on principles, given that my department is working. I have to await that," he said.
Earlier this month, WhatsApp had informed users of an update in its terms of service and privacy policy around how it processes user data and partners with Facebook to offer integrations across the social media giant's products. Users had till 8 February to agree to the new terms in order to continue using the platform.
However, WhatsApp drew flak from users across the globe, including India that ranks among the biggest markets for WhatsApp with over 400 million users.
Following this, WhatsApp has now decided to delay the rollout of its new policy update to 15 May, and said it will "do a lot more to clear up the misinformation around how privacy and security works on WhatsApp".
WhatsApp had also stated that it is open to answering any questions from the government on the issue and that it remains committed to the privacy and security of users across India.
On the government’s decision to ban several Chinese apps, Prasad said the issues were data privacy and national security.
"Yes, we banned apps because the issue was data privacy, issue was national security, issue was national sovereignty. Therefore, in any exposure of companies, national security angle will also be taken, be it private or government. As far as the relevant financial routes are concerned, some changes have also taken place with regard to countries having physical adjacency with India," he said.
Prasad said data must be procured through free consent, it must be used for the objective for which it has been collected, and the data fiduciary who has procured that data must ensure proper safety and sanctity of that data.
"I do acknowledge the implicit need for data movement across the globe to keep digital commerce intact. But the ground rule of that movement must be very clearly laid out. Next, there must be the reciprocity in the data sharing of the world. And again, we shall never compromise on our digital sovereignty," he said.
MORE REPORTS