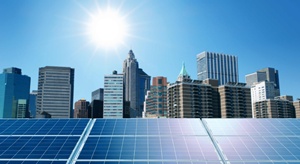 If the merger is approved on 17 November, the plant will start producing panels in mid-2017, which would be used to charge Tesla's Powerwall and Powerpack stationary electricity storage units, the company said in a blog post.

''We are excited to expand our partnership with Panasonic as we move towards a combined Tesla and SolarCity,'' JB Straubel, Tesla's chief technical officer and co-founder, said in a statement. ''By working together on solar, we will be able to accelerate production of high-efficiency, extremely reliable solar cells and modules at the best cost.''

Panasonic will exercise oversight on operations at the Buffalo plant in conjunction with Tesla-SolarCity. Tesla, on its part, will make a long-term commitment to buy cells produced at the plant from Panasonic.

Tesla's post was not clear as to whether Panasonic will ultimately purchase the Buffalo facility that is currently under construction, as the financial details of the arrangement have not been disclosed.

According to commentators the deal would be a win for Panasonic, which seeks to build a presence in car information systems and car batteries as it moves away consumer electronics.

However, commentators point out that Tesla's bid to acquire SolarCity could skid on corporate governance issues as the boards of both companies are deeply intertwined (See: Musk's Tesla offers $2.8 bn for his cousins' SunCity to build clean energy ecosystem).

The agreement further consolidates the relationship between Tesla and Panasonic, as they work together to build a $5-billion lithium-ion gigafactory in Nevada to produce batteries for the Model 3 electric car and energy storage products for home and utilities (Panasonic Corp to invest in Tesla's Gigafactory). Tesla shares were down 0.9 per cent to $194.74 at 9:55 am New York time, after retreating 18 per cent this year through Friday, while SolarCity slipped 1.8 percent to $19.64.