The appellate body of the World Trade Organisation (WTO) has affirmed an earlier panel report backing US claims that India's domestic content "requirements discriminated against" American-made and other imported solar products, in violation of world trade rules. 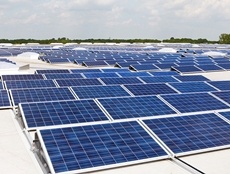 The ruling comes at a time when India has dragged the US to the WTO over America's domestic content requirements and subsidies provided by eight states in the renewable energy sector.

The claims brought by the United States concern domestic content requirements (DCR measures) imposed by India in the initial phases of India's ongoing National Solar Mission. These requirements, which are imposed on solar power developers selling electricity to the government, concern solar cells and/or modules used to generate solar power.

The panel, however, decided to assess the parties' additional arguments, but found that the DCR measures do accord ''less favourable treatment'' within the meaning of that provision.

The panel also found that the measures are not covered by the government procurement exemption under the GATT 1994, because the product being procured (electricity) was not in a ''competitive relationship'' with the product discriminated against (solar cells and modules).

Moreover, the panel found that India had not demonstrated that its measures are justified under Article XX(j), applicable to measures that are essential to the acquisition or distribution of ''products in general or local short supply'', or Article XX(d), which establishes a general exception for measures necessary to ''secure compliance'' with a WTO member's ''laws or regulations'' which are not themselves GATT-inconsistent. The appellate body upheld each of these panel conclusions appealed by India.

The appellate body is a standing body of seven persons. It listens to the appeals from reports issued by panels in disputes involving WTO members.

The US had dragged India to the WTO on the issue in 2014, alleging that the clause relating to domestic content requirement in the country's solar power mission was discriminatory in nature and ''nullified'' benefits accruing to the American solar power developers.

India would have to implement this order in the next 6-7 months. The case assumes significance as India has recently dragged the US to the WTO over America's domestic content requirements and subsidies provided by eight states in the renewable energy sector (India in retaliatory probe against trade protection to US solar power equipment makers).