Titanic star Leonardo DiCaprio has joined over 2,000 individuals and 400 institutions in pledging to pull their investments, totalling $2.6 trillion out of fossil fuel companies 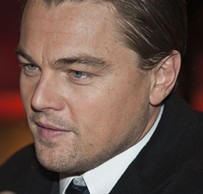 According to a new analysis, the value of the funds committed to selling off their investments in coal, oil and gas companies had rocketed in the last year, increasing 50-fold.

Universities and churches that had founded the divestment movement had been joined by major pension funds and insurance companies, all of whom are concerned about the impact of climate change on both the world and the value of their investment portfolios.

The campaign, active in 43 countries, yesterday received support from the UN's climate chief, who would lead negotiations for a global climate deal at a crunch summit in Paris in December.

DiCaprio, revealing the divestment of his personal wealth yesterday and his charitable foundation's funds, said, ''Climate change is severely impacting the health of our planet and all of its inhabitants, and we must transition to a clean energy economy that does not rely on fossil fuels. Now is the time to divest and invest to let our world leaders know that we, as individuals and institutions, are taking action to address climate change, and we expect them to do their part in Paris.''

According to a report by investment experts, more capital was flowing into renewable energy and other solutions to climate change problems.

Local governments and investors from 43 countries had committed to stopping support to fossil fuels, including municipalities, pension funds, medical associations and churches.

The report launched in New York by investment consultancy Arabella Advisors did not specify how much of the $2.6 trillion in overall assets represented by those that had pledged to divest was invested in fossil fuels.

According to Thomas Van Dyck, managing director of SRI Wealth Management Group, the research showed a growing number of investors wanted to cut their carbon risk and switch their money into clean-growth industries.