WTO rules against India in solar panel dispute with US: report

The World Trade Organisation (WTO) is reported to have ruled against India in a dispute with the United States over local content requirements that India insists in its solar power programme. 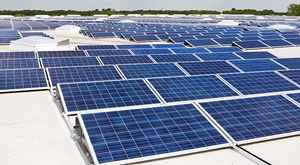 India plans to appeal the decision, the Mint business newspaper reported on Wednesday, quoting unnamed official of the commerce ministry.

The ruling comes on a complaint filed by the United States with the disputes redressal committee of the WTO about India's domestic content requirements in a programme aimed at easing chronic energy shortages in India.

To help meet rising demand for electricity, India proposes 100,000 MW of new capacity from solar panels, with at least 8,000 MW from locally made cells.

India expects peak power demand to double over the next five years from around 140,000 megawatts today.