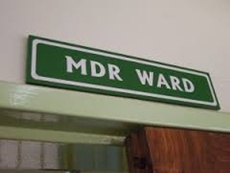 Twenty-six patients in Mumbai, who had developed multi-drug resistance to TB and had failed to recover after almost a year's treatment through Category I and Catergory II prescribed medicines, were considered for the study. They were put on either one of the two new drugs on the block, Bedaquiline or Delamanid, under the compassionate drug use programme run by MSF.

While 12 patients were put on Bedaquiline, another 14 patients were given Delamanid along with other drugs in a specially designed regimen. "Locally available drugs are not enough to cure these patients so we got these drugs. MSF got Bedaquiline for the first time in 2013 from pharmaceutical manufacturer Janssen, after the compassionate use pact was opened for India. Delamanid was procured from Japanese pharma company Otsuka much later, only in June, last year," said Dr Sarthak Rastogi, MSF, Mumbai.

Of the 12 patients selected in the Bedaquiline arm, one died before starting the treatment and one succumbed during the course of treatment. "The rest of the ten have completed their course and are doing well," said Dr Rastogi.

Of the 14 patients in the Delamanid arm, one died before starting the course while one could not be put on effective regimen. Of the remaining 12, two died during the treatment while ten are doing well, post completion of the treatment. "The deaths are not attributable to the drug. They died due to progression of TB. Their disease was far advanced and there were complications," he said.

Apart from the deaths, two patients in each arm suffered from severe side-effects of the drugs. Bedaquiline comes along with a black box warning for death and arrhythmias. It suggests that the heart function may go awry as a result of induced cardio-toxicity of the drug. "There were two cases of severe QT prolongation, which means there is abnormal electrical activity of the heart within a specified time.

These patients were stopped on treatment for 5-6 days. These events did not lead to deaths. They were restarted later on the same drug and are now doing well," said Dr Rastogi.

In the Delamanid arm too, two patients suffered from cardio-toxicity and QT prolongation. Experts observed that Bedaquiline induces severe vomiting and electrolyte imbalance in the body, which could also be one of the reasons for cardio-toxicity.

At this point, it is difficult to say whether one drug will be preferred over another or if a combination of both these drugs will prove to be effective in combating TB.

"We are getting a good response for both the drugs in separate patients. When Delamanid was made available to us in 2015, the supply of Bedaquiline was about to close. We have tested these drugs on separate sets of patients during different periods," said Dr Rastogi.

Dr Petros Isaakidis, medical epidemiologist, MSF said, "In curing cases of drug resistance, we need as many drugs as possible, at least four or more to constitute a regimen. We have to ask pharmaceutical companies for supply of certain drugs. It is not more a question of who needs it but more a question of what is available."

While Bedaquiline has received conditional approval from US-FDA to be used in treating TB, Delamanid is still considered an experimental drug and has not received drug approvals for usage in TB treatment. "TB is being treated with a cocktail of drugs. Most of these treatments are non-evidence based at the moment. There are no clinical trials for using these drugs together. In cases that have progressed from MDR to extremely-drug resistant (XDR) TB or pre-XDR phase, when you don't have anything working, there is a sense of despair. You have to decide if to give nothing, either one or later both," said Dr Isaakidis.

Only 50 per cent of those who are in need of the newer drugs will end up receiving them, it is noted. World Health Organization estimates that India has 75,000 multi-drug resistant TB cases, of which up to 2 per cent, at least 1,500 patients, will go on to become pre-XDR and XDR TB cases, who require these newer drugs.

After the government received sanction for conditional access to Bedaquiline in August last year, the drug was discontinued to be supplied to NGOs like MSF under compassionate use. Even after nine months of receiving the sanctions, the GoI is still dragging its feet at putting its first 600 pre-XDR and XDR patients on Bedaquiline use.

Earlier there were fears that the drug will no longer be supplied to MSF under the compassionate use clause. "Even as the government is procuring the drug from Global Drug Facility with help from USAID, it has now been decided to not curb the compassionate use programme of the MSF," said Dr Rohit Sarin, director, National Institute of TB and Respiratory Diseases, New Delhi.