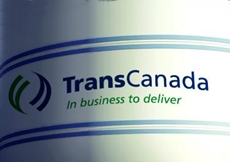 Under the terms of the all-cash deal that has been approved by the boards of both companies, Columbia shareholders will receive $25.50 per share, an 11 per cent premium based on Columbia's closing price of $23.00 on 16 March.

The total deal value is $13 billion including the assumption of debt of $2.8 billion.

TransCanada intends to fund the transaction by selling its US Northeast merchant power assets and a minority interest in its Mexican natural gas pipeline business. It also has secured $10.3 billion of credit facilities.

TransCanada expects the acquisition to be accretive to earnings per share in the first full year of ownership.

''Looking forward, TransCanada's $13.5 billion portfolio of near-term investment opportunities together with Columbia's $7.3 billion of commercially secured projects, and approximately $250 million of targeted annual cost, revenue and financing benefits, are expected to deliver significant shareholder value over the coming years,'' it said in a statement.

Houston, Texas-based Columbia owns one of the largest interstate natural gas pipeline systems in the US, providing transportation, storage and related services to a variety of customers in the US Northeast, Midwest, Mid-Atlantic and Gulf Coast regions.

Its assets include Columbia Gas Transmission, which operates approximately 18,000 km of pipelines and 286 billion cubic feet of storage capacity in the Marcellus and Utica shale production areas, and Columbia Gulf Transmission, an approximate 5,400-km pipeline system that extends from Appalachia to the Gulf Coast.

Columbia is currently advancing $5.6 billion of commercially secured projects that are subject to normal regulatory approvals.

"With a combined portfolio of $23 billion in near-term projects secured by cost of service regulation or long-term contracts, we are well positioned to generate significant growth in earnings into the next decade," said Russ Girling, TransCanada's president and CEO.