Petroleum ministry to speed up implementation of bio-fuel programme

The ministry of petroleum and natural gas has prepared a road map to accelerate the implementation of bio-fuel programme by increasing bio-fuel consumption in India, petroleum minister Dharmenra Pradhan said today. 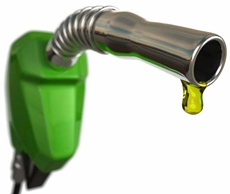 He said the ministry has set up a working group under the chairmanship of Y B Ramakrishna, former chairman of the Karnataka State Bio Fuel Development Board, with the task of preparing the road map for creating synergy between various ministries, develop awareness and conduct programme in the country.

The seminar is aimed at accelerating the blending programme in the country and draw up a road map to reduce the consumption of fossil fuels by replacing it with locally produced bio-fuels, thus reducing the foreign exchange outflow, generate rural employment and protect environment.

There were sessions on bio-diesel, ethanol and new technologies and initiatives.

The session on New Technologies and Initiatives, chaired by M O Garg, director-general of CSIR, looked at various resources such as agriculture residues, municipal solid waste and plastic wastes and leading edge technologies for converting them to into fuels, which can replace the fossil fuels.

Representatives of the bio diesel and bio ethanol industry, senior executives of OMCs, researchers, academics and officials of several ministries and the state governments participated in the seminar.

Addressing the national seminar on `Bio Fuel Programme in India - The Way Forward', Pradhan highlighted the importance of scientific innovations in elevating the life of common man residing in rural parts of the country.

He said there is a need of poor-centric economic reforms and major overhaul in the distribution network in line with the vision of proactive governance envisaged by the prime minister.

Pradhan said India should discover its own model for bio-fuel production and consumption in conformity with the country's needs and taking into consideration the various factors prevalent in Indian society.

He stressed the need to discover our own model, which will take various factors into consideration whole implementing bio-fuel initiatives.