Kurdish forces on Friday seized two oilfields in northern Iraq and took over operations from a state-run oil company on Friday, even as Kurdistan politicians formally suspended their participation in Prime Minister Nuri al-Maliki's government. 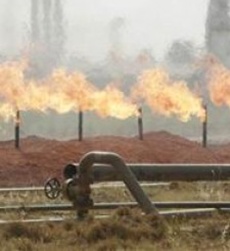 The moves escalated a feud between the Shi'ite-led central government and the autonomous Kurdish region, in the backdrop of a Sunni insurgency threatens to fragment Iraq along sectarian and ethnic lines three years after the withdrawal of US troops.

The Kurdish forces took over production facilities at the Bai Hassan and Kirkuk oilfields near the city of Kirkuk, the petroleum ministry in Baghdad said. It called on the Kurds to withdraw immediately to avoid "dire consequences".

Kurdish forces took control of nearby Kirkuk a month ago after Iraqi troops withdrew in the face of a lightning assault by ISIS militants, who have seized large parts of northern and western Iraq.

The two oilfields have a combined production capacity of 450,000 barrels per day but have not been producing significant volumes since March when Baghdad's Kirkuk-Ceyhan export pipeline was sabotaged.

An oil ministry spokesman in Baghdad described the takeover as dangerous and irresponsible and called for the Kurdish forces to withdraw immediately.

Kurdish authorities said they had moved to "secure the oilfields of Bai Hassan and the Makhmour area" of the giant Kirkuk oilfield after hearing that the oil ministry planned to disrupt a pipeline designed to pump oil from Makhmour.

Bai Hassan and the Makhmour part of the Kirkuk oilfield had been under the control of the state's North Oil Company (NOC).

"The Kurdish Regional Government learned on Thursday that some officials in the federal ministry of oil gave orders to a number of NOC staff to cease their cooperation with the KRG and to dismantle or render inoperable the valves on the new pipeline," the Kurdish authorities said in a statement.

The statement said the Bai Hassan field and other fields in the Makhmour district were under Kurdish government management and that NOC staff had been told they should cooperate with Kurdish authorities from Saturday or leave. It also said any production at the fields would be used primarily for domestic supply.

The Baghdad ministry rejected Kurdish assertions that they had acted to protect oil infrastructure, saying it had worked to raise output at the fields and increase investment in local gasoline production.

Fighting between government forces and militants is raging in and around several cities in northern and western Iraq, some insurgent-held - like Tikrit - and others under tenuous control of government forces like Ramadi in Anbar province.

Fighting lasted several hours before the militants were pushed back, a security source in Ramadi told Reuters, adding that the situation in Ramadi had worsened in recent weeks as the militants had become more aggressive in their attacks.

On the southern edge of Kirkuk province, where thousands of displaced have fled from the city of Tikrit and other areas overrun by militants last month, 18 civilians were killed and 26 more severely wounded when a suicide bomber drove a car into a checkpoint, police and medics said.