The government is planning to transfer fuel subsidy for domestic cooking gas (LPG) directly to the consumer by including it in the direct benefits transfer (DBT) subsidy scheme. 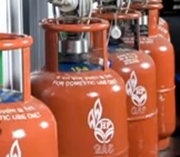 The Prime Minister's Office (PMO) has written to the ministry of petroleum and natural gas asking it to expedite preparations for the roll out of LPG subsidy transfer in 20 districts from 15 May.

In his letter to Vivek Rae, secretary to the ministry of petroleum and natural gas, prime minister's principal secretary Pulok Chatterji has underlined the need for ensuring that consumer database with marketing companies and bank accounts is seeded with Aadhaar numbers.

The letter also recalls the decision of the national committee on DBT to roll out the transfer of LPG subsidy through DBT in 20 districts from 15 May 2013 and calls for expediting steps to ensure timely rollout.

At the meeting of the national committee on DBT, held on 5 April 2013, the ministers of finance and petroleum and natural gas have assured the prime minister that all necessary steps would be taken to ensure the rollout as planned.

The roll out will take place in other districts after crossing a certain threshold in Aadhaar enrolment in each district.

''As far as LPG subsidy is concerned, the ministry of petroleum and natural gas is starting from the fortuitous position of having a more or less complete digitised database of consumers.

Further, the financial transactions will have to be managed by the three oil marketing companies (OMCs) without having to deal with intermediate agencies. This is a good base to begin from,'' he wrote.

The main challenge, however, is ensuring that the consumer database with OMCs and the bank accounts of consumers are seeded with Aadhaar numbers.

Since the districts, which have been chosen for Phase I roll out are part of the original list of 43 districts included in Phase-I, Aadhaar enrolment in these districts was quite high, the letter notes.

However, the final roll out would require cabinet approval since the numbers of beneficiaries and the money to be transacted are much larger than in any other scheme under DBT so far.