The Rangarajan Committee on gas pricing has suggested a complex pricing formula that will lead to near doubling of the natural gas price to about $8. However, it is unclear if this will override the price discovery mechanism set out in current oil and gas contracts. 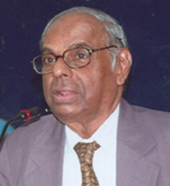 Sources said the panel has suggested bringing gas-on-gas competition in five years, which essentially means deregulation of the sector, according to a PTI report. In the run-up to that, it wants domestically produced gas to be priced based on a complex weighted average formula.

The formula translates into a gas price of just over $8 per million British thermal units compared to the current rate of $4.2 per mmBtu for most of the gas produced in the country.

The panel was tasked to suggest design of future contracts for exploration and production of oil and gas as well as a basis or formula to price domestically produced gas.

Sources said it was unclear if the suggestion of the panel can override the arms-length price discovery set out in the production sharing contracts (PSCs) signed by companies like Reliance Industries, which operates the Krishna-Godavari gas finds in the Bay of Bengal.