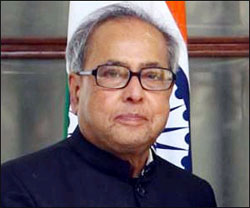 This will be the second meeting this month of the eight-member empowered group of ministers (EGoM) headed by finance minister Pranab Mukherjee.

The EGoM could not reach a decision at its previous meeting on 7 June as key members of the cabinet like Mamata Banerjee of the Trinamool Congress and Nationalist Congress Party supremo Sharad Pawar, who are opposed to a fuel price hike, abstained from the meeting (See: EGoM defers decision on fuel price hike on absence on key members).

"Friday is the meeting of EGoM," petroleum and natural gas minister Murli Deora said, but declined to elaborate on the agenda before the EGoM. He also refused to comment on the possibility of a fuel price hike at the meeting.

Reports said with DMK leader and fertiliser minister M K Alagiri on board, the EGoM may push for freeing petrol prices. If petrol prices are aligned with current international rates, consumers have to pay Rs3.73 a litre more.

On Monday, Deora had asked all states to reduce sales tax on petrol and diesel, which at some places is as high as 33 per cent, to cushion consumers from the impact of a fuel price increase. "A rise in the international oil prices exerts an upward pressure on domestic prices of petroleum products," he wrote to states.