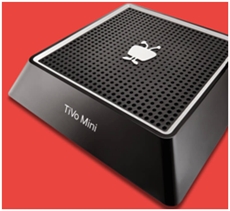 TiVo shareholders would receive a combination of cash and stock, but the exact price was still being negotiated, the report said.

A successful deal would see the merger of two of the largest owners of patents for digital entertainment devices.

TiVo is a global leader in next-generation television services with its innovative cloud-based Software-as-a-Service solutions that enable viewers to consume content across multiple screens in and out-of-the home.

TiVo DVR is similar to that of the outdated videocassette recorder, where a television viewer can record a programming for viewing at a later time, but the TiVo DVR not only automatically records programs which the user is likely to be interested in, but it has a patented feature called "trick play", which allows the viewer to pause live television and rewind and replay up to a half hour of recently viewed television.

The report said that the transaction would end the independence of TiVo, a perennial takeover target whose suitors were said to have included Apple, Google and Microsoft.

Rovi has patents, products, and technologies that include copy protection, software licensing and "search recommendation" that are used on devices such as set-top boxes, digital video recorders, TVs, and mobile and tablet devices.

It also has a guide containing in-depth information on movies, television shows, celebrities, music, games, and books, and holds over 5,000 issued or pending patents worldwide. Its

These guides are used by about 18 million TV subscribers worldwide, and makes up for little less than half of its $526 million annual turnover.