Hyundai Heavy Industries (HHI), the world’s biggest shipbuilding group, is taking over second-ranked Daewoo Shipbuilding, in a share swap deal worth 2.1 trillion won ($1.98 billion), to create a global leader controlling over 20 per cent of the market. 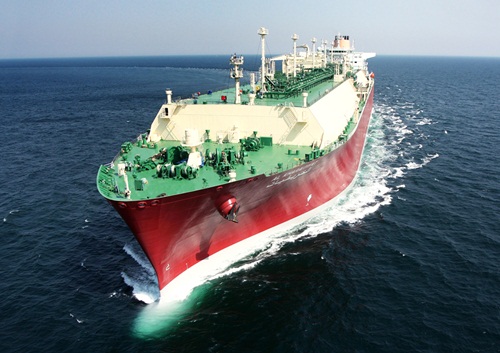 Hyundai will acquire a 55.7 per cent stake currently owned by state-funded Korea Development Bank (KDB) after a $2.6 billion bailout of South Korea’s Daewoo Shipbuilding & Marine Engineering Co Ltd in 2017.
KDB has signed a conditional deal with Hyundai over Daewoo stake sale under which Daewoo will also receive liquidity support of 2.5 trillion won ($2.25 billion) from KDB and Hyundai, Hyundai said in a stock exchange filing.
The merger move comes as the worldwide shipbuilding sector recovers from a global economic downturn that led to massive losses, widespread job cuts.
KDB has said it intends to sell the stake and consolidate the country’s three biggest shipbuilders - which includes Samsung Heavy Industries Co Ltd - into two.
The combination of two of the giant shipbuilders would ease competition and excess capacity, which have depressed ship prices, KDB chairman Lee Dong-gull said at a news conference.
The deal will “raise the fundamental competitiveness of Daewoo, at a time when the threat from latecomers in China and Singapore is growing,” Lee said last week.
Hyundai and Daewoo hold a combined market share of 21.2 per cent, followed by Japan’s Imabari Shipbuilding with a 6.6 per cent, according to research data.
Lee said it will take several months to gain approval from antitrust regulators from related countries. He said the size of the resulting entity’s market share would not be detrimental to the interests of customers.
KDB said it would also approach Samsung Heavy to gauge any interest in taking over Daewoo.
A Samsung Heavy spokesman said it has received a proposal from KDB and that it needs to review the matter.
Hyundai Heavy Industry workers’ union said it will delay a vote on last year’s wage deal in protest of a purchase it says could threaten job security. Ploughing money into buying another big firm after releasing workers claiming losses and shrinking orders will be quite unjustified, it added.
KDB’s Lee, however, ruled out any job cuts after the combination.
Hyundai’s holding company is set to raise funds for acquisitions through the sale of part of its stake in refiner Hyundai Oilbank Co Ltd to Saudi Aramco for up to 1.8 trillion won.
The shipbuilding industry accounts for 7 per cent of both exports and employment in Asia’s fourth-biggest economy.
MORE REPORTS