The Lowy family that made its fortune through Australia's Westfield shopping centres is exiting the business selling its empire for $32.7 billion. 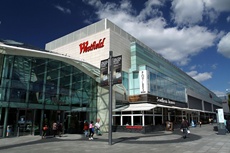 According to Lowy, the deal was the result of the restructuring of the company, which started in 2014. Shareholders in the company will receive $10.01 in cash and shares, per shares, which represents a huge premium to Westfield's shares. The shares last traded at $8.50. The Lowy family will retain a significant holding in the merged operation.

The shopping mall giant is being acquired by French property giant Unibail-Rodamco, a leader in the commercial property centre business in Europe, focused on shopping centres in European capital cities, in offices in Paris and in Convention & Exhibition centres in Paris. The portfolio of the group was valued at €42.5 billion on 30 June, 2017.

The Lowy family will "remain committed to the success of the Group" and intends "to maintain a substantial investment in the Group," even as Unibail-Rodamco would retain the Westfield brand.

Lowy, speaking from Milan, said it was a day of mixed emotion but he was certain he and his sons Peter and Steven had taken the right course.

"Why now? Why now because it is appropriate to do it now," Lowy said.

"Firstly because it's a very good price for our shareholders and also from our point of view and the company I think we want to change our roles in the world  we would rather be investors than executives."

"As Peter said earlier, we have worked at Westfield for a combined 145 years," he said.

The boards of both Westfield and Unibail-Rodamco have unanimously recommended the deal.

"The transaction announced today is the culmination of the strategic journey Westfield has been on since its 2014 restructure," Sir Frank said.

He said this was the second most important day in Westfield's history.

''Most know the history of Westfield's humble beginnings of a humble store in Blacktown, which is still there.

''Who would have thought that 57 years later I'd be sitting in snowy London talking to you on Sydney like this, certainly not me.

''I was just 29 years old and I did not know much believe me, and not sure I know much more now.''