A foundation headed by philanthropist Laurene Powell Jobs, widow of Apple co-founder Steve Jobs, has purchased a controlling interest in the iconic The Atlantic magazine for an undisclosed amount. 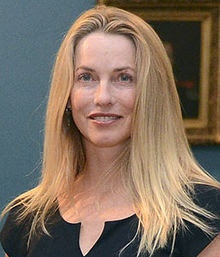 The new majority owner will be the Emerson Collective, a little-known but big-money group funded mainly by Jobs. It focuses on education, immigration reform and environmental causes. The group also is involved in other media ventures and awards grants in TV and film production as well as journalism.

The deal comes after Atlantic Media owner and chairman David Bradley spent a year searching for a buyer for the influential print and online journal that sits at the heart of his news empire. Bradley, in a staff memo announcing the deal, said he narrowed down the candidates and, ''From the first, Laurene Powell Jobs sat atop the list.''

Others using fortunes minted in technology to change the media landscape include eBay founder Pierre Omidyar's investment in the Intercept and the Mercer family's financial support of Breitbart.

Bradley, 64, announced the sale Friday, saying he would retain a minority stake in the magazine and continue as chairman and operating partner for three to five years.

''Against the odds, The Atlantic is prospering,'' Bradley wrote in a memo. ''While I will stay at the helm some years, the most consequential decision of my career now is behind me: who next will take stewardship of this 160-year-old national treasure? To me, the answer, in the form of Laurene, feels incomparably right.''

The Atlantic was founded in Boston in 1857, and for 160 years, it has been respected for its writing on ideas and politics. Bradley bought it 1999 from New York Daily News publisher Mort Zuckerman for $10 million, and moved the magazine's headquarters to Washington in 2005.

The Atlantic agreement is not Emerson Collective's first news media venture, but it is its most high-profile. Emerson also holds small stakes in online news sites Axios and ProPublica.

Emerson Collective, which declined to comment beyond issuing a news release, tends to avoid publicity. Most of its grant-making is done on the condition that it remains anonymous. Based in Palo Alto, Calif, it was created in 2011 and is named in honour of the 19th century American writer and philosopher Ralph Waldo Emerson.

Its goal is ''removing barriers to opportunity so people can live to their full potential.'' Many of its efforts have been focused on education and immigration reform. In 2016, it awarded 10 grants worth $10 million each for efforts to rethink US high schools. It also has invested in the education start-ups Udacity and AltSchool, both of which aim to remake the school experience.

Last week, Emerson Collective participated in a $40 million fundraising round for virtual-reality start-up Within. This year, it invested in the government accountability site OpenGov and also Neighborly, a start-up that aims to increase funding for public projects such as parks.

This year at the tech-focused Code Conference, Laurene Jobs recalled visiting President Trump in a bid to persuade him to not deport those brought into the country illegally as children, a group commonly known as ''dreamers''.

She also hinted at her philanthropic thinking, saying, ''I'm personally interested in deploying capital in the most effective way to create the greatest good that we can.''

Powell Jobs then was asked whether she would be interested in buying The New York Times. She did not answer directly, saying only that the Times was ''a national treasure that should be preserved''.

Emerson Collective is buying The Atlantic's operations, but Bradley is keeping related media businesses such as the online news site Quartz. The deal also calls for Bradley to retain a minority stake in the Atlantic, with the expectation that Emerson will complete a full purchase in a few years.

Leadership at the Atlantic will remain unchanged, according to an announcement by the company.

The Atlantic magazine is part of Atlantic Media, an amalgam of news publications and businesses employing 730 people. The overall venture has about $135 million of revenue annually.

Atlantic Media has endured a rough road, largely because of the digital revolution. Bradley has said he has lost more than $100 million over the past decade. In 2015, he closed the print version of National Journal after years of struggling to turn a profit. It continues to operate as an online entity.

Bradley, 64, made his fortune by founding two companies, the Advisory Board and Corporate Executive Board, which he took public and sold. The sales gave him hundreds of millions of dollars to pursue his journalism interests.

Bradley and his wife, Katherine Bradley, are a big presence in Washington. They are also investors in Axios, the news company started by Washington journalists Mike Allen and Jim VandeHei.

Bradley foreshadowed changes in his media business, which is based at the Watergate complex near Foggy Bottom, in an interview with The Washington Post this year.

''I want to find somebody who will love it as much as I've loved it,'' he said in the interview.