HNA Group to buy about 25% in Hilton from Blackstone Group for $6.5 bn

Blackstone, the world's largest private equity firm, is the biggest shareholder in Hilton, holding about 46-per cent stake.

HNA, controlled by Chen Feng, will pay $26.25 a share in cash, or 15 per cent more than Hilton's Friday closing price.

The transaction will reduce Blackstone's stake in Hilton to about 21 per cent, and following Hilton's previously announced spin-offs of Park Hotels & Resorts and Hilton Grand Vacations, which are expected to occur on or about the end of the year, HNA will own approximately 25 per cent of all three companies. 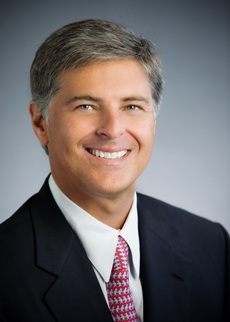 The deal will give HNA two board seats in Hilton, while Blackstone will continue to have two seats.

HNA has agreed to not sell its stake in Hilton for a two-year period, but can acquire more than 25 per cent with Hilton's consent.

''We are pleased to welcome HNA Group as a long-term investor and strategic partner,'' said Christopher Nassetta, president and CEO of Hilton.

''Hilton is an iconic global hospitality company with an unmatched portfolio of high-quality brands and a reputation for operational excellence,'' said Adam Tan, vice chairman and CEO of HNA Group.

''This investment is consistent with our strategy to enhance our global tourism business, and we look forward to working together on new initiatives that leverage our respective strengths, expertise and tourism platforms to provide travelers more choice, value and world-class services,'' he added.

Hilton Hotels, the crown jewel in Blackstone Group's investment portfolio, was acquired by the equity firm in July 2007 for about $26-billion in cash. ( Blackstone acquires Hilton Hotels for $26 billion)

But barely six months into the acquisition, the global hotel industry went into a downward spin reeling first from the global financial crisis and later from the recession. 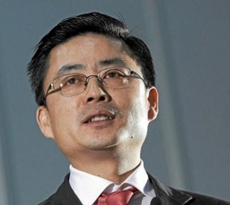 Hilton went public in December 2013 in a record IPO for a hotel company, raising more than $2.35 billion.  Last May, Blackstone cut its stake in Hiltons to 46 per cent by selling shares in order to raise money to reduce debt incurred from the ill-timed purchase.

The group has assets worth over $90 billion, has 11 listed companies, annual revenues of $29 billion and employs nearly 180,000 worldwide.

It has a fleet of over 820 aircrafts, serves nearly 700 domestic and international routes, flies to over 200 cities, and serves 77.4 million passengers annually.

It has recently been on an acquisition spree by offering to buy Swiss catering and hospitality company Gategroup in April for $1.5 billion, striking a deal in February to buy US electronics distributor Ingram Micro Inc for about $6 billion and paid $2.73 billion to buy airport luggage handler Swissport International Ltd.