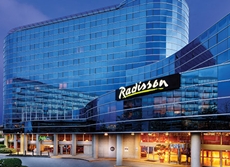 Carlson Hotels is one of the world's top-10 largest hotel groups having 1,400 hotels in operation and under development with more than 220,000 rooms in 115 countries, employs 90,000 people worldwide, and has annual sales of around $7.8 billion.

Carlson Hotels holds 51.3-per cent stake in The Rezidor Hotel Group, based in Brussels, who is the company's master licensee for its brands in Europe, Middle East and Africa.

Under the terms of the deal that has been approved by the Carlson board, HNA's unit, HNA Tourism Group will acquire family-owned Carlson Hotels, including its 51.3 per cent majority stake in Rezidor Hotel Group AB.

Since the closing of the deal will result in an indirect change of control in Stockholm-listed Rezidor, HNA Tourism would, under Swedish takeover rules, be obliged to launch a mandatory public tender offer for the remaining approximately 48.7 per cent of Rezidor.

"Carlson Hotels own a powerful set of global brands and this historic agreement provides tremendous opportunities for growth," said David Berg, Carlson Hospitality Group CEO. "We look forward to working within HNA Tourism Group, a greatly respected global enterprise, in what will be an exciting new chapter in the history of Carlson Hotels.

"Since my grandfather, Curt Carlson, founded our company in 1938, our family has run businesses that create opportunity for people and positive change in the world," said Diana Nelson, Carlson board chair. "Hospitality is in our hearts, which made this a difficult decision. We strongly believe that selling our hotel business to HNA Tourism Group, a company that fully recognizes its value and heritage, is the best way for us to position it for success and to be true to my grandfather's legacy in the long term."

The Carlson family will continue to own their travel business.

It has a fleet of over 820 aircrafts, serves nearly 700 domestic and international routes, flies to over 200 cities, and has serves 77.4 million passengers annually.

It has recently gone on an acquisition spree by offering to buy Swiss catering and hospitality company Gategroup for $1.5 billion in April, struck a deal in February to buy US electronics distributor Ingram Micro Inc for about $6 billion and paid $2.73 billion to buy airport luggage handler Swissport International Ltd.