China seals off Wuhan in stepped-up battle against Coronavirus

China has told the residents of Wuhan to stay put as health authorities stepped up efforts to halt the spread of a new coronavirus that originated in the city in December and has now killed 17 people and infected 571, and threatening to go global. 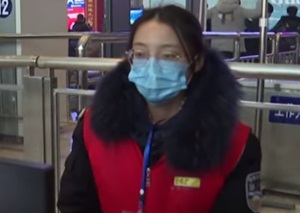 Transport in the city remained closed on Thursday as authorities tried to curb the spread of the deadly new coronavirus.
State television said the number of confirmed infections has risen to 571, with most of these patients in Wuhan and the surrounding province of Hubei. Cases have appeared elsewhere in China and countries, including Thailand, South Korea and the United States.
And, as countries worldwide stepped up screening of travelers from China and nearby regions for possible virus infection, the 11 million residents in Wuhan have been told that they would not be allowed to leave.
"Without a special reason, city residents should not leave Wuhan," the central city's special command centre to combat the virus said on Thursday, according to state media.
The move is meant to "effectively cut off the virus spread, resolutely curb the outbreak and guarantee the people's health and safety," the notice said, according to the official Xinhua news agency.
Railway stations and the airport were closed from 10am (02:00 GMT) with buses, the metro system, ferries and long-distance shuttle buses also suspended. All public gatherings were cancelled after reports of human to human spread of the virus has been confirmed.
The decision comes at a time when millions of people travel across China during the Lunar New Year holiday, which starts on Friday.
In Geneva, a World Health Organization (WHO) panel of experts on the new coronavirus met on today to evaluate whether the outbreak, which has spread from China to several countries, constituted an international emergency.
The 16 independent experts in disease control, virology, epidemiology and vaccine development were holding a second closed-door meeting at the UN agency’s headquarters in Geneva after not reaching a decision on Wednesday.
Didier Houssin, an adviser to France’s national health security agency, is serving as chair. Chinese health authorities made a presentation by teleconference and have allowed a WHO team into the country who are due to report back to the panel.
WHO, however, delayed its decision on whether to declare the outbreak a global health emergency and asked an expert committee to continue meeting for a second day on Thursday.
"We need more information," WHO Director-General Tedros Adhanom Ghebreyesus said, even as she appreciated China’s efforts to contain the outbreak.
MORE REPORTS