Zika in India; WHO confirms 3 reported cases in Ahmedabad

India has reported its first three cases of the Zika virus, including two pregnant women who delivered healthy babies. The union health ministry, however, has not issued any official press release on the virus outbreak. 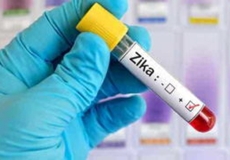 The World Health Organisation (WHO) has revealed that the potentially deadly Zika virus has penetrated India, and has already infected three people in Ahmedabad.

The United Nation's health agency said in a statement released on Friday that the three cases that India reported to the WHO on 15 May were detected through routine blood surveillance in a hospital in Ahmadabad, Gujarat's capital.

Of the there, two cases were detected in February and November last year, while the third case was detected in January this year.

The first two cases detected last year were from the Bapunagar area in Ahmedabad district, and one of them was a pregnant woman.

Zika is a mosquito-borne disease which spreads through the bite of an infected mosquito and could be potentially deadly. The virus can cause microcephaly, a condition where an infant's head is not properly developed, and the Guillain-Barré syndrome, which makes people paralysed.

However, reports state that of the three infected, two were pregnant women and that the two delivered healthy babies.

The reports of Zika virus infections were further confirmed at the national reference laboratory at the National Institute of Virology (NIV) in Pune.

Zika disease is caused by a virus transmitted primarily by Aedes mosquitoes active especially in the morning. People with Zika virus  display  symptoms, including mild fever, skin rash, conjunctivitis, muscle and joint pain, malaise or headache. These symptoms normally last for 2-7 days. But it could turn out to be deceptively fatal.

Between 10 and 16 February in 2016, a total of 93 blood samples were collected at BJ Medical College (BJMC) out of which one sample from a 64-year-old male had tested positive for Zika virus.

"This was the first Zika positive case reported from Gujarat," the WHO statement said.

Also, a 34-year-old woman delivered a baby at BJMC on November 9 and during her stay in the hospital she had developed a low-grade fever after delivery.The woman had no history of fever during pregnancy and had no history of travel for three months.A sample from the patient was referred to the Viral Research and Diagnostic Laboratory (VRDL) for dengue testing and was found to be positive for the Zika virus.

Union minister of state for health Anupriya Patel in March had told reporters that only one case of the Zika virus has been detected in the country.

"So far, only one case of laboratory-positive Zika virus disease has been detected in Ahmedabad, India as part of routine laboratory surveillance in January 2017," Patel had said. "The required containment measures were taken up as part of the protocol and intensified detailed surveillance both in humans and mosquitoes in and around Ahmedabad and Gujarat did not show any further positive cases."

Despite three cases of the virus in the region, only one was reported in March. A senior health official, responding to the issue said: "While two cases were picked up in January for testing and the third in February, only one confirmed case had been detected while replying to the Parliament."

WHO had declared that Zika was no longer an international public health emergency in November 2016. It has now asked for a detailed report on the incidence, which the Indian authorities had made available and was later hosted on the WHO websit, reports said.

Government official added that there is no cause to worry as the subsequent 30,000 samples, including that of pregnant mothers, children, those with acute febrile illnesses and that of mosquitoes had turned out to be negative.

The government  has constituted an inter-ministerial task force to tackle the spread of the virus.

All the international airports and sea ports have displayed information for travelers on Zika virus while the airport health officers along with airport organizations, the National Centre for Disease Control and the National Vector Borne Disease Control Programme are monitoring appropriate vector control measures in airport premises. So far the WHO has issued no travel advisory against India.

The Indian Council of Medical Research (ICMR) has tested 34,233 human samples and 12,647 mosquito samples for the presence of Zika virus. Among those, close to 500 mosquitoes samples were collected from Bapunagar area, Ahmedabad district, in Gujarat, and were found negative for Zika.

"These findings suggest low level transmission of Zika virus and new cases may occur in the future," WHO said. It warned the virus is likely to spread fast.

The risk of further spread of Zika virus to areas where the competent vectors, the Aedes mosquitoes, are present is significant given the wide geographical distribution of these mosquitoes in various regions of the world.

The  disease has  claimed many lives in United States, Brazil and other countries before it entered India.

The Zika virus also known as ZIKV. It is a mutant  strain of virus that belongs to the Flaviviridae virus family. The name Zika virus has been derived from the Zika Forest of Uganda where the virus was first isolated back in 1947. The Zika virus disease often spreads in a similar manner or other mosquito-borne diseases like dengue, malaria, and chicken guinea.

There are no specific treatment options for Zika virus. But the patient suffering from this disease is often advised complete bed rest and increased water intake. The Zika fever is treated with basic paracetamol and pain medication. The crucial factor in the treatment is its early detection.