India, WHO in pact for global promotion of Ayurveda, Yoga

India's ministry of ayurveda, yoga, unani, siddha and homoeopathy (Ayush) and the World Health Organisation (WHO) have signed a landmark agreement for cooperation on promoting the quality, safety and effectiveness of traditional and complementary medicines. 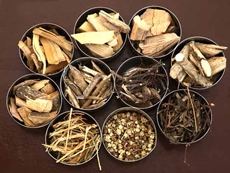 Under the Project Collaboration Agreement (PCA), signed in Geneva on 13 May 2016, Ayush has committed to provide technical and financial support to WHO, to develop ''benchmark documents'' for ayurveda, panchakarma, unani, and yoga. India will provide $0.97 million (Rs6.45 crore) against staggered outcomes to the UN health agency for the agreement that runs up till December 2020.

The WHO-approved benchmarks for practice in Ayurveda, Unani and Panchakarma will help to strengthen regulatory framework and national capacities for ensuring quality, safety and effectiveness of traditional medicines, minister of state for Ayush Shripad Yesso Naik said.

At present, there are no WHO-standard or basic requirement documents for regulating practice and training to ensure the quality, safety and effectiveness of international disciplines and therapies in traditional and complementary medicines.

The PCA, titled 'Co-operation on promoting the quality, safety and effectiveness of service provision in traditional and complementary medicine between WHO and Ayush, India, 2016-2020', aims to support WHO in the development and implementation of the 'WHO Traditional and Complementary Medicine Strategy: 2014-2023' and contribute to the global promotion of traditional Indian systems of medicine.

''The PCA for the period 2016-2020 will deliver for the first time WHO benchmark document for training in Yoga, and WHO benchmarks for practice in Ayurveda, Unani and Panchakarma. These will contribute significantly to the strengthening of national capacities in ensuring the quality, safety and effectiveness of traditional medicines, including in establishing regulatory frameworks for traditional medicine products and practice and promote their integration in national healthcare systems.''

Speaking at a reception hosted by India on the occasion, the Ayush minister recalled the long history and rich heritage of traditional medicine in India and its growing relevance in providing holistic and comprehensive health care. He reiterated the high priority attached by the government of India for the promotion of traditional medicine both in India and abroad and highlighted the numerous initiatives undertaken to functionally integrate Ayush in India's national health programmes and for achieving universal health coverage.

The minister also mentioned that the initiatives and activities undertaken by India within the country align with the WHO Traditional Medicine Strategy 2014-2023.

India, he added, has adopted a pluralistic health care delivery system that allows development and practice of every recognised medical system so as to provide integrated and holistic healthcare services.

''The Project Collaboration Agreement that was signed today will develop for the first time basic WHO benchmark documents for training and practice of different Indian systems of medicine,'' said Ajit Kumar, Indian Ambassador to the UN office at Geneva.

''India and WHO will seek to improve the quality and service delivery of Indian systems of medicine and help in their better acceptability internationally,'' said Shripad Yasso Naik, national AYUSH minister after the signing of the agreement.

There is an increasing appetite among national governments to strengthen their traditional systems of medicine – the number of WHO member states who put together national policies on traditional medicine have increased from 25 to 69 between 1999 and 2012.

''The limitations of public health systems based on a single approach or a single medical discipline are becoming rather evident,'' Naik said.

The UN had undertaken some initiatives in the recent past to better integrate traditional systems of medicine with the mainstream health narratives.

The WHO passed a resolution in the 2014 health assembly initiated by China called WHO Traditional and Complementary Medicine Strategy: 2014-2023 to help member states build their knowledge base, promote universal health coverage by integrating T&CM into national health policies, regulate products, practices and practitioners related to such disciplines, among other objectives. India had co-sponsored the resolution.