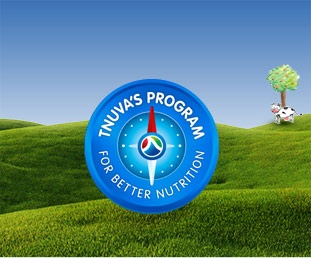 Bright Food did not reveal the financial terms of the proposed transaction, but Israeli media reports said that the deal values Tnuva at $2.5 billion.

Apax and Israeli investment company Mivtach Shamir Holdings had acquired a majority stake in Tnuva in 2008 in a deal valuing the company at $990 million.

Mivtach Shamir Holdings owns a 20.7-per cent stake in Tnuva, while the remaining 23.3 per cent is held by Kibbutzim Holdings Entity.

With 7500 employees at 31 sites, Tnuva sells about 7 million of its products daily to some 18,000 customers across the country.

Founded in 2006, China's Bright Food Group Co, owned by the Shanghai municipal government, is a large conglomerate in China's food industry having cut deals with well-known multinational companies, including Coca Cola, PepsiCo, Nestle, Danone, Suntory, Xiehe and Dajing, among others.

It has more than 3,300 supermarkets and retail outlets and e-commerce network in Shanghai and other provinces.