New York City-based Alcoa Inc, the world's third largest producer of aluminum, behind Rio Tinto Alcan and Rusal, Alcoa Inc said on Monday it would split into two publicly-traded entities, admitting to the divergence of its legacy aluminium operations and higher-value and automotive businesses. 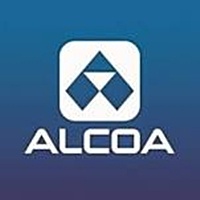 New York-based Alcoa's traditional smelting business had been suffering due a surplus in the market that has caused a slump in prices and deepened the industry's worst crisis in years.

At the same time, the company had been bullish on growth from higher-margin titanium and high-strength aluminium sales to the aerospace industry, with a growing order book for airplane production and renewed global spending on automobiles.

Airplane manufacturers had turned to lightweight titanium from aluminum, and automakers to new, strong aluminum alloys instead of high-strength steel to improve performance and increase efficiency.

According to sources close to the company, efforts by the world's third-largest aluminium producer to address the diverging trends had sent conflicting messages to investors.

The split would happen in the second half of 2016 with the legacy aluminum firm retaining  the name Alcoa, according to the company. Chief executive officer Klaus Kleinfeld would become CEO of the new, unnamed entity and would remain chairman of Alcoa throughout the transition period.

Alcoa said in a atatement, its board of directors had unanimously approved a plan to separate into two independent, publicly-traded companies, culminating Alcoa's successful multi-year transformation. The separation will launch two industry-leading, Fortune 500 companies, it added.

The innovation and technology-driven value-add company will include global rolled products, engineered products and solutions, and transportation and construction solutions.

The transaction is expected to be completed in the second half of 2016.

In April, Alcoa reported its first quarter profit amidst a cutback on aluminium smelting capacity, a move that had obviously started paying off. (See: Alcoa reports profits in first quarter).