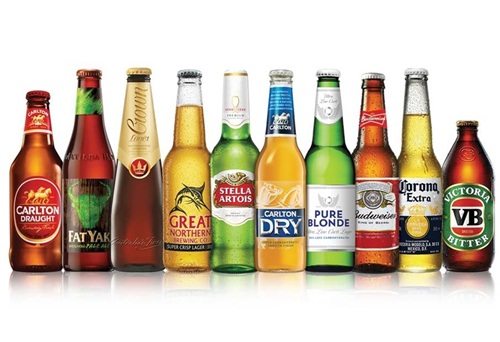 The ACCC has formed a preliminary view that the proposed acquisition will reduce competition in the market for cider and may also reduce competition in the beer market.
The Belgium-based brewer, weighed down with some $100 billion net debt after its 2016 acquisition of rival SABMiller, has been selling assets and took its Asian business public this year to reduce debt and focus on other fast-growing markets.
It hoped to close the sale of Carlton & United Breweries (CUB) to Asahi in the first quarter of 2020 and use the bulk of the proceeds to cut debt.
“The proposed acquisition would combine the two largest suppliers of cider in a highly concentrated market,” ACCC chair Rod Sims said.
"A combined Asahi-CUB would control the Somersby, Strongbow, Mercury and Bulmers cider brands, which account for about two thirds of cider sales. We are concerned that the proposed acquisition may lead to higher cider prices.”
“Asahi argued to us that cider and beer are part of the same market, but our preliminary view is that cider is a separate market and drinkers do not readily switch between beer and cider,” Sims said.
“The ACCC also has preliminary competition concerns about the highly concentrated beer market. While Asahi is currently a relatively small brewer in Australia, accounting for approximately 3.5 per cent of beer sales here, our preliminary view is that Asahi may act as a competitive constraint on the two largest beer brewers, CUB and Lion, and has the potential to be an even bigger threat in future.”
Asahi’s beer brands include Asahi Super Dry, Peroni, Mountain Goat, Cricketers Arms and the new Two Suns brand. Asahi is a global beer company with revenue of over AU$25 billion worldwide in 2018. It is the second largest supplier of premium international beers in Australia.
“Our preliminary view is that having Asahi in the market as a competitor to the big two brewers may help to keep a lid on beer prices. This competitive presence, and the threat of Asahi growing more in the future, would be lost if this deal goes ahead,” Sims said.
The ACCC said in forming its view in relation to cider and beer, it spoke to a large number of market participants, including licensed venues, alcohol retailers, competitors and industry groups. Many market participants expressed concerns about the proposed deal.
The ACCC has invited submissions from interested parties by 22 January 2020. The final decision is scheduled for 19 March 2020.
CUB is a Victorian-headquartered Australian brewing company. AB InBev acquired CUB from SABMiller in October 2016.
Its range includes: Beer brands– Great Northern, Victoria Bitter, Carlton Draught, Carlton Dry, Cascade Premium, Pure Blonde, Matilda Bay, Fat Yak, Melbourne Bitter, Crown Lager, Pirate Life, 4 Pines, Foster’s, Reschs and Balter. CUB also imports or manufactures, and then distributes, a range of other beer brands under licence, including Goose Island, Corona, Stella Artois, Belle-vue, Hoegaarden, Leffe, Beck’s, Lowenbrau, Franziskaner, Spaten and Budweiser; Cider brands– Strongbow, Mercury, Bonamy’s, Little Green, Spring Cider Co, Dirty Granny, Pure Blonde Cider. CUB also manufactures and distributes Bulmers under licence from Heineken; Spirits brands– Cougar, Black Douglas, Lexington Hill, Karloff, Continental Liqueurs, Coyote and Prince Albert.
MORE REPORTS