Buffett acquires part of of Swiss Re's US business

The world's second largest reinsurer Swiss Re has divested a part of its US business to the investment vehicle of billionaire Warren Buffett, Berkshire Hathaway, for 1.3 billion Swiss francs ($1.27 billion). 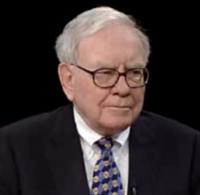 Buffett already has a stake in Swiss Re among his many high profile investments (See: Warren Buffett invests $2.6 billion in Swiss Re).

The Swiss reinsurance giant said the sale frees up capital that it can invest more profitably elsewhere.

"This is a significant step forward in Swiss Re's strategy to increase capital efficiency," said Christian Mumenthaler, who heads the company's life and health department. "The transaction puts us in an excellent position to redeploy the capital at more attractive returns."

Swiss Re said the deal would take effect retroactively on 1 October 2009, adding that the US business had liabilities of around 1.9 billion francs.